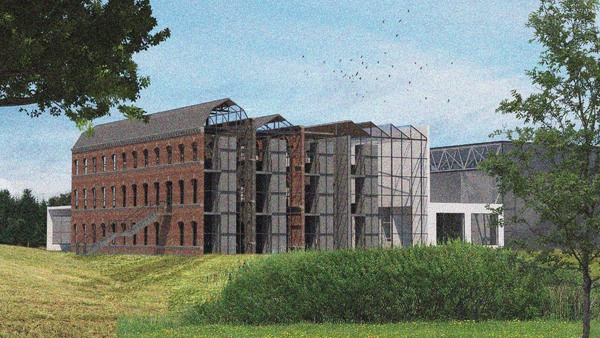 Brexit has caused many debates and divided people in their opinions, in particular with regards to the Irish border. My project exaggerates the divisions that Brexit caused between Northern Ireland and the Republic of Ireland to frame a case study of the typological evolutions to the factories of Derry.

It paints a scenario in which Northern Ireland has emerged far less advanced in artificial intelligence than the Republic of Ireland, which has now reached the singularity point - resulting in a 100% autonomous and automated industry.

What does one hypothetical outcome of the current political situation look like in the 2070s?
What impacts does our continued consumerism have on the typology of factories?

Derry’s shirt manufacturing heritage has been forgotten, and its shirt factories and factory girls are not as famous as they used to be in the 19th century. Among the numerous shirt factories that were once thriving in Derry, only 2 are still standing, and have been converted into offices and accommodation. Amongst these are the Tillie & Henderson Shirt Factory, the Star Factory, or the Rosemount Factory; of which the facades have become a part of the visitor experience at the Derry Shirt Factory Visitor Centre.

My proposal hopes to link the two sides of the border, with one visitor centre that tells the story of the Industrial past of Derry. The Northern Irish side of the building is a museum while the Republic of Ireland side is an autonomous shirt factory. It is a case study of the evolutions in the typology of factories brought by a hypothetical outcome to the political context. 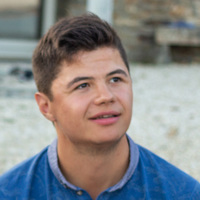