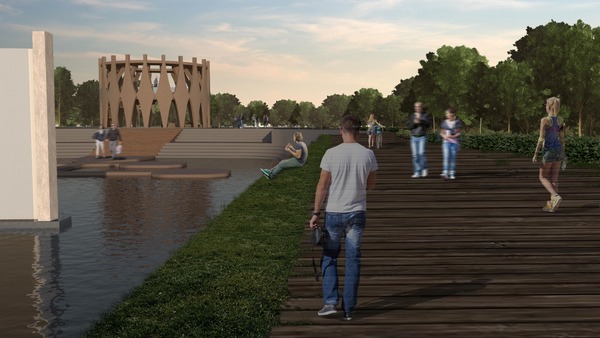 Nestled in the former dock no.1, the project is associated with the hierarchy of space that is often present in cinemas. The project hopes to breathe life back into Pomona Island which has remained stagnant due to negligence and vandalism. Creating contours within the landscape creates a threshold which users can occupy with social activities, with a path that extends around the perimeter of the site to allow for casual leisure. At night, this space comes to life with visual and audio clarity that is comparable to that of a dedicated cinema. The dealbreaker for this type of project is that it is exposed to the elements, which enhances your experience whilst watching a movie.

The building needed a minimal material palette that can be prefabricated and transported to site in a single motion, there was an opportunity for the community to get involved by donating their plastic bottles which would be used in the construction phase. For this, the incentive for them would be to receive a redeemable ticket which can be used for the first screening once the project is finished. For me, the transition between the ground level and the water level was a key aspect of my whole concept. It needed to be seamless and accessible to all of the public at any time of the day, the inclusion of ramp access allows for wheelchair users to be granted access is emulated in a pier which cascades down until it reaches the water.

Inside, the building consists of a multipurpose space that acts as a cafe during the day and a concession stand by night, with a box office opposite where customers can purchase their tickets. With staircase access to the second floor, you have a full 360-degree view of the entire site. 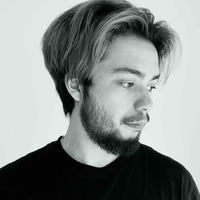