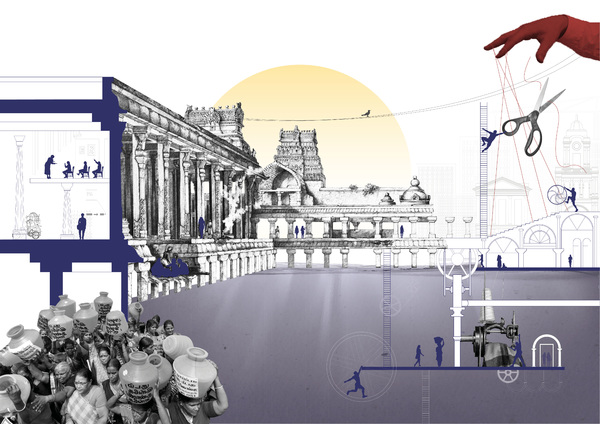 Decolonizing The Water Supply began as an architectural intervention in response to the increased occurrences of extreme water-based climatic events in Chennai, India.  The roots of this inquiry lay in the declaration of Day Zero in Chennai in June 2019 and in 2016, my introduction to the relationships between traditional water structures, settlement patterns and social relationships. This project challenges the apparent logic and rational abstractions of policy that have led to a discord between the representation and realities of water management and speculates that the mismanagement of water sources and supply systems is what has led to poor socio-ecological resilience to these disasters. The proposal reclaims space for an abused resource and celebrates the civic, industrial and social nature of water through a fantastical exposition with strong infrastructural and cultural undertones.

Three seemingly disparate building typologies are integrated to work cohesively and change both, the infrastructure of water management and public outlook towards water as a resource. The Mausoleum tells the story of the 'death' of water. The Blueprint, a factory, advocates good practice through action. As a textile dyeing unit, it re-frames the association of such an industry with large scale water pollution. The Temple works as a spiritual entity, changing the way people interact with water. Alongside this programme, a water treatment unit draws in storm-water from the surroundings and releases clean water back into the public sphere. 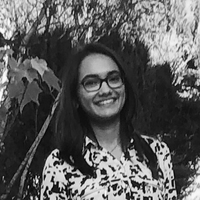