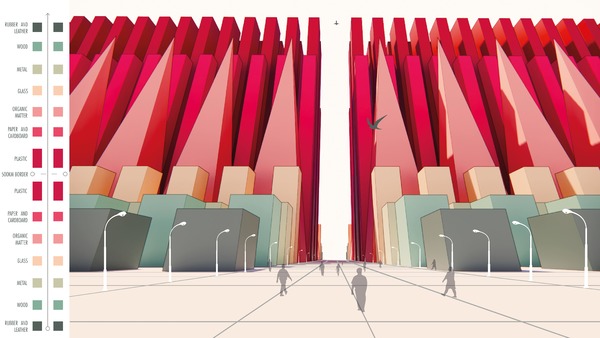 WASTE:LAND looked at the opportunities that Brexit present the Irish border in tackling and profiting from the global waste crisis. Initially, WASTE:LAND looked at the spatial requirements for the world's waste along the Irish border (Image 01). It then looked to develop a rational masterplan (Image 02) for the border region which mined existing, transported, processed and re-appropriated waste in order to clean up ecosystems around the world and create prosperity for the two nations either side of the border.

Once a system of transportation, a masterplan for redevelopment  and a site to focus on had been established, WASTE:LAND became about tackling three design problems; how can a building at phenomenal scales blur the lines between artificial building and natural mountain (Image 03)?; How can a building be fully experienced when moving through at fast speeds (Image 04)?; And how can marginalised industrial and hyper-functional building typologies be more enjoyed and celebrated by the general public (Image 05)?

Finally, when a design was concluded, the illustration of WASTE:LAND became about demonstrating the experience from a user's perspective (Image 06), showcasing the inner workings and logistics of the building (Image 07), representing how the building may be experienced as a natural landscape by the general public (Images 08 and 09) and finally, how the building was one part of a connected web of sites which all processed different types of waste and used different Architectural languages to engage with people (Image 10).

WASTE:LAND in its totality showcased the scale of the problems created by waste that we as a planet face, but also the achievability of those problem's solutions and the prosperity that can be drawn from them. Hopefully, I've shown how Architects can play a role in communicating and showcasing these solutions, instead of hiding them away, only to be ignored, underappreciated or even ignored. 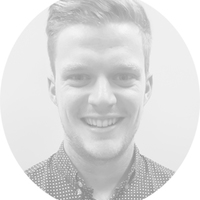