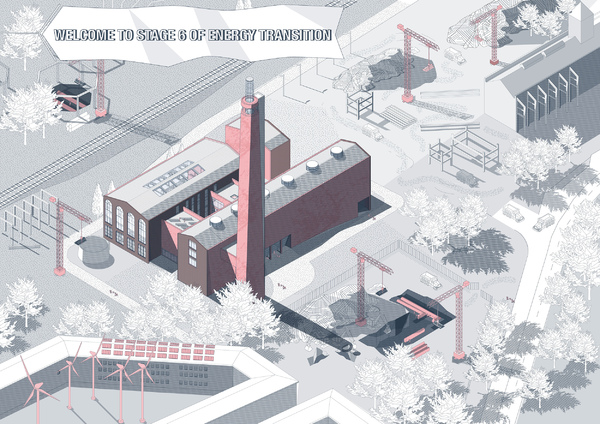 How can a former coal mine be regenerated as part of a feminist energy transition?

The project addresses air pollution in Poland, a result of a national energy policy that favours production of energy from coal. It challenges the traditional energy production model by proposing an energy transition which encourages public participation in production and consumption of clean and locally sourced energy.

The masterplan for the regeneration of a former coal mine is designed to accommodate a gradual development of the energy transition. The proposal, including the geothermal district heating system, provides energy independence for the area and offers opportunities for employment and education. Thus, addressing socio-economic issues resulting from the closure of the coal mining industry.

The project focuses on Stage 6 of the energy transition, the re-use of the former coal-fired power station. The design facilitates the dynamic transition by separation of the existing building into two volumes, the Geothermal Hall and the Research and Education Hall.  The compartmentation of space allows for undergoing construction whilst part of the building is in use.

Within the Geothermal Hall, the exposure of the geothermal services is a feminist strategy that encourages participation and celebrates the transition. The Research and Education Hall embraces democracy through a non-hierarchal space and dominant circulation cores that clearly lead users through the building. Despite the separation, the research laboratories are pulled into the Geothermal Hall to include users in the transition.  The reversed balconies are an inclusion tool to draw people in from the outside.

The abandoned industrial chimney is re-used as a solar chimney reducing the building's energy consumption. As it is open to the public, it exposes the technology and embraces the 100% energy transparency. The chimney becomes a symbol for energy celebration, a new identity for the area. 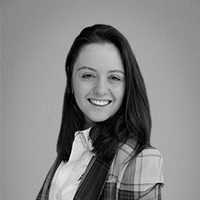