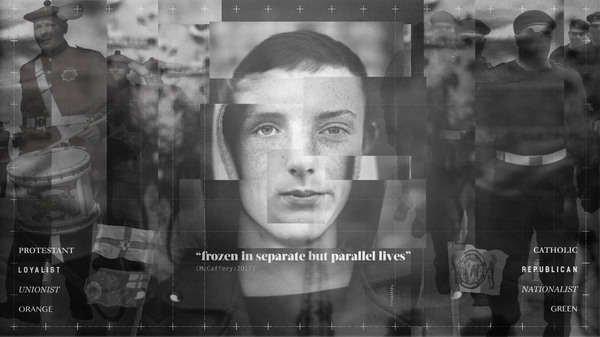 What is your identity?

Think of the identities which define your character and who you are as a person. Where you are from? Where do you live? What is your ethnicity? Now think how those identities would look like organised into a list, finally rearrange these into a hierarchy of your most valued to your least valued identities. The concept of my thesis project looks is a new model for identity-based living, which proposes a series of new towns along the Irish border. These new towns form a wider masterplan spanning across the border region which introduces connective infrastructure and adjust to existing towns and villages across the area.

Infrastructure Space is an atelier which looks at mapping the production, quantity and functionality of infrastructure and the impact this has on modern-day borders. We identify how lines on maps have become fundamental in defining societies, and outline spatial forms which have potential opportunities for communities. The research for my proposal stems from the sectarian issues facing Northern Ireland and the ongoing national identity problem faced by those with opposing religion and political views in the region. One of the main concern facing Northern Ireland lies in its constitutional status and the histories which emerge of divided communities. Conflicts between Protestant and Catholics has been an ongoing situation which has come to define a century. Throughout my research, I have explored the concept of a new model. ‘Live by your Identity’ is an exaggerated model of an urban planning concept which considered identity as a mean to influence design. From my research, I have concluded this to be an interesting approach to aligning urban planning with identity and grouping people accordingly. This is something which I think could be considered when looking at new developing cities or towns.

Below are a series of images taken from my studio submissions, which I have produced throughout the year. These images illustrate the concepts and ideas which I have explored during my thesis project. 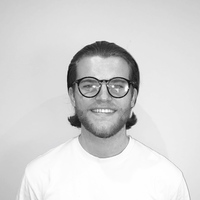