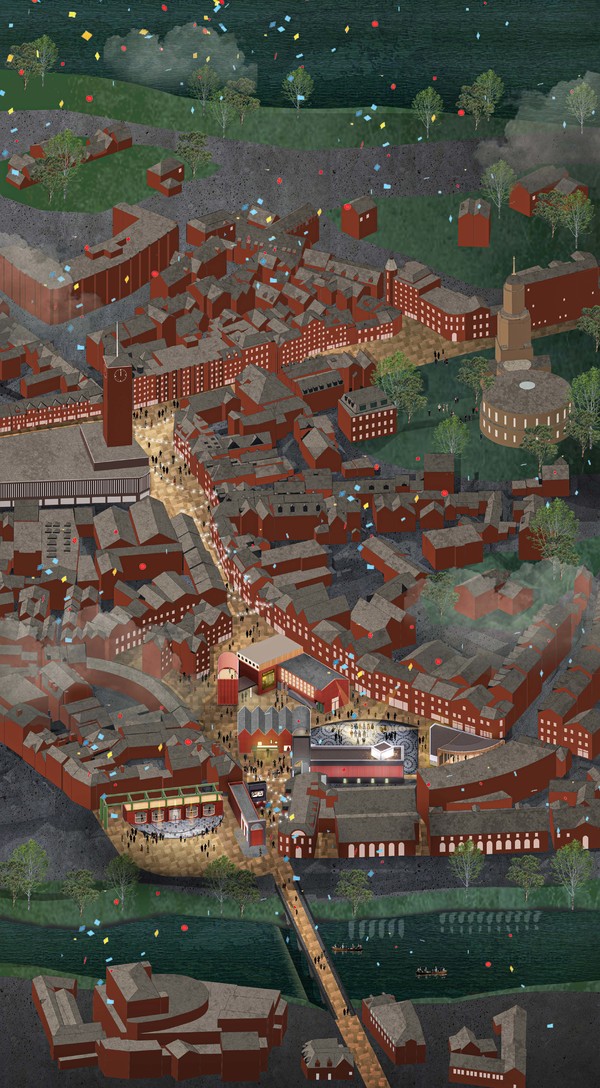 At Shrewsbury, the way what town and building are mediated is by a sophisticated manipulation of fragments. The west gate of the mediaeval town Shrewsbury became fragmented after 1960s urban clearance. Instead of viewing the fragments needed rectification, this project looked in and exacerbated these differences, by learning from these 'anonymous' fragments and the demolished fabric to create a series of defined artifacts with scripted characters. Meanwhile, applying ideal spaces to both open space and figures to form a taxonomy of parts, making the town as a stage and backdrop for theatrical life. The project is to find the missing forms, to reinterpret Shrewsbury and to regenerate Shrewsbury, to bridge the old and the new, and to create the dialogue with the existing, achieving continuity and renewal in architecture.