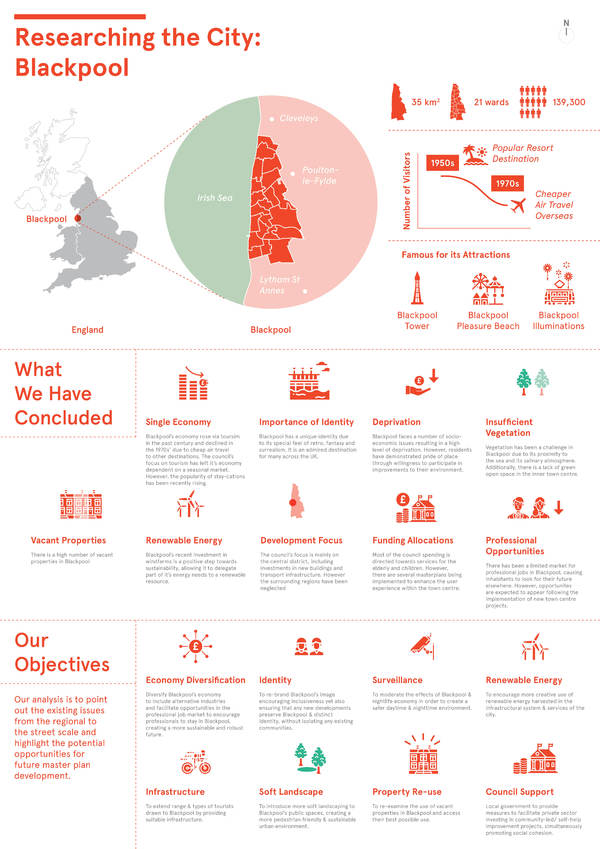 The idea behind this project is based on Richard Rogers' Cities for a Small Planet. He suggested the Compact City theory which is a 'dense' city where economic and social activities overlap and communities are focused around neighbourhoods. It grows around centres of social and commercial activity located at public transport nodes where it encourages walking and cycling and reduces car journeys. The research and analysis of the Blackpool city has also been carried out by drawing conclusions and objectives as a result.

The site is located near the Central Pier and part of Blackpool’s resort core. It is famous for its attractions  such as the Madame Tussauds, SEA Life, amusement arcades, a row of hotels and a tram line that only runs along the Promenade. A conservation area is located in the middle of the site which cannot be demolished or altered according to the council. Empty lots and large car park spaces dominate the area. An elevated highway with a linear car park stretches along the site dividing both areas.

The objectives, research and theoretical framework of the city further developed the master plan. The new master plan is divided into four key areas: the Central Pier Area, the Central Station, Seasiders Way Linear Park, and the Residential Quarters. Most of the buildings on the Central Pier are refurbished to attract tourists and visitors. The Central Station is a mixed use of offices, leisure and residential with a central bus station as a public transport node. The Seasiders Way Linear Park is transformed from an elevated highway to encourage walking and cycling. The linear park and  the interconnecting small public spaces connects The Central Station to and from the Residential Quarters. 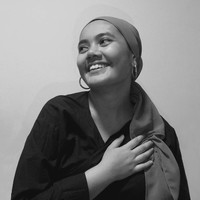