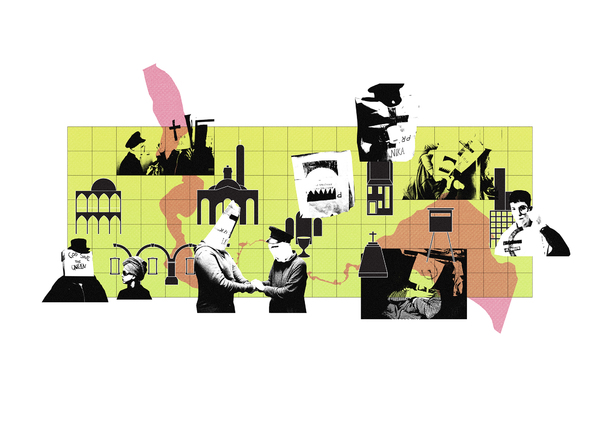 The City and The City is a project about Lefkosia, in Cyprus. It begins in the summer of 2019, with a few boxes of forgotten photographs, mostly from the 70s and 80s. The project attempted to interrogate and re-interpret the city’s conflicted history, slowly and steadily building up to an architectural proposition.

The project is personal. It takes for granted an intimate knowledge of Lefkosia, its history, its latent potentials. It may appear to speak the language of the planners and the architects, but its true tongue is that of the wandering kids that survey the city from its rooftops.

The project is vague. Rather than committing to one or the other architectural rabbit hole, the project asks open ended questions, and any “answers” are open to interpretation. The lack of predefined conceptual clarity allows for an architectural strategy to be gradually unfolded, enjoying the fragmentation and lack of continuity.

The project is critical. Avoiding the architectural languages of capital accumulation and all the strands of historical fetishism, the project problematises the realm of the city, proposing an urban fragment that is characterised by a notional journey. Functions, rationale, explanations are of secondary importance. The priority is adventure, play.

The project is architectural. Despite a profound disillusionment with the field of architecture and its current state as well as an array of unconventional methods, the project was always looking towards an architectural vision. To be relentlessly optimistic: there may yet be something in architecture worth fighting for.

The project is humorous. Anyone who takes it too seriously will be severely disappointed.

The project is political. To the defeats of the past and for the communes of the future. 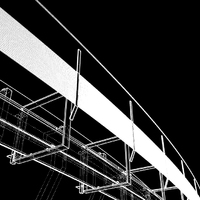