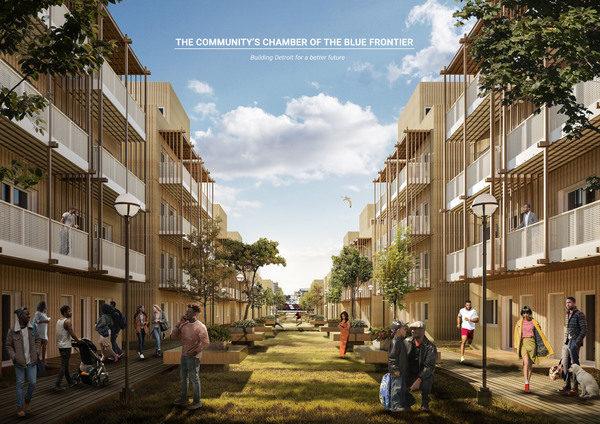 Project 1: The Community's Chamber of The Blue Frontier (solo)

Detroit is the largest city in the state of the United States of America, Michigan, which is right on the Canada-United States border. Detroit started to grow with the invention of the Ford Motor, the production of automobiles. Known as the 'Motor City', Detroit embodied the fusion of manpower and technology, the centre of capitalism in the US. (Oswalt, 2005)

After the second world war, the three cities simultaneously underwent a process of deindustrialization. In 1953 the population of the three cities began to shrink. The loss of employment in the industry has caused people to move to the suburbs area. White American exits from Detroit while the African American enters the city. However, African American cannot participate in work and causes racial differences. High poverty rates and increasing homelessness haunt all three cities.

Today, both Detroit, Hamtramck, and Highland Park are decorated with a void atmosphere and abandoned buildings. The government has a program that aims to build cities slowly through the development of affordable homes and green spaces. Many social organizations participated in the construction of the three cities.    Although the three cities are structurally separated, they experience progress and setbacks that are always related to each other.

In this thesis, the key to the depreciation of the city is caused by the basic human needs (Shelter, food, job, and psychology) which are not appropriately fulfilled—starting with the simple question "How to connect the three cities?" as a macro problem. This proposal outlines three basic principles, namely "We Live Here, We Produce Here, We Distribute Here" to create the potential connections of the three cities.

In the end, this project will discuss in more detail about the Rivertown site in Detroit, precisely on the coast of the Detroit River and how to interpret the concepts of "We Live Here, We Produce Here, We Distribute Here" to a community on the blue border that aims to develop the city of Detroit.

Dissertation: Escape from The Solid City

Transfer of The Capital City of Indonesia 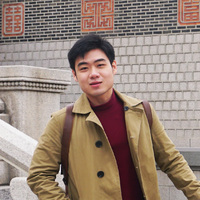