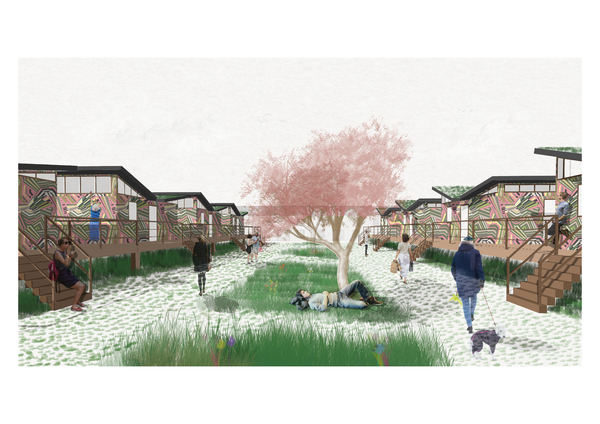 Investigating the existing conditions on the site through different experiential mediums such as video-making and collages, it was apparent that there were a number of issues that needed addressing in my proposal. Examples of this include the need for a sustainable housing solution, more green spaces and most importantly, a greater sense of community.

In order to overcome such matters, I explored an incremental housing scheme which would bring elements of longevity, control for the residents and security. The incremental scheme allows for the residents to adapt their home when it suits them. This was of particular importance as approximately 50% of house moves are because the current property isn’t suitable, often due to a changing circumstance. The realisation of my concept (Image 2) has been illustrated in Image 3 whereby an incremental sequence was designed.

As the design of my housing unit developed, an opportunity arose to exploit the naturalistic element and so I studied biophilic design; the connection between humans and nature. Through my design development I aimed to make my proposal adhere to the biophilic design parameters, as well as addressing the aforementioned issues. This culminated in a biodiverse and nature rich landscaping proposal that aligns with Manchester’s 2020 Green Strategy (Images 4,5,6). A well-considered design for the dwelling, complete with a green butterfly roof, dazzle camouflage, large windows and a wooden decking allows them to sit in the scheme rather than being imposing (Image 6).

Image 7 details an exemplar incremental change. The flexible and simplistic SIPs structural scheme facilitates the larger concept in my proposal and thus makes it a feasible reality.

The fundamentals of the proposal allow for the residents of the community, organisms on the site and nature to thrive alongside one another and grow, forming a close-knit community, demonstrated in Images 1,8,9,10. 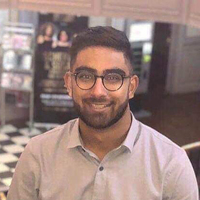