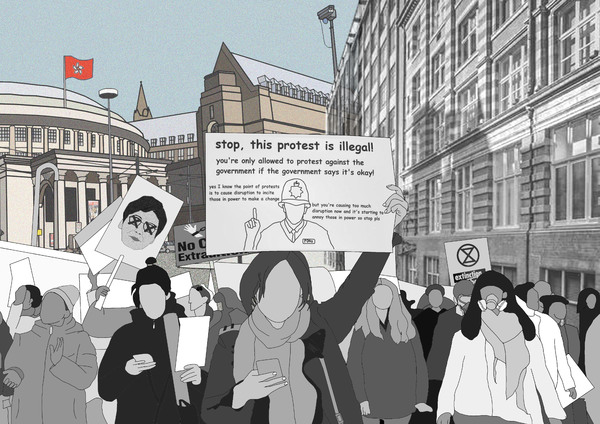 In the city of Kongchester, the Prime Minister is shown to be an interchangeable of muppets - anybody can run the place. The citizens of Kongchester have been voicing their discontent towards the government about this citizenship amendment bill that would see numerous settled first-generation refugees deported under the assumption that they were "non-citizens". Small interventions were designed and scattered throughout the city of Kongchester to improve the experience of protesting within the city whilst maintaining the order of human rights issues to be heard.

The final thesis is a satirical project combining the city of Hong Kong and Manchester in order to propose a fictional city with architectural feature from both places. The ode to the Situationist has been a concept throughout the thesis. A spectacle of people are no longer affective enough, to move pass the bottleneck both physically an metaphorically, the people of Kongchester needed an urban spectacle.

The intention of Kongchester as the city of protest was to adapt architecture for the purpose of protests. The need for a spectacle is the finale of the thesis - proposing the development of the spectacle through its vernacular architecture.

In every protest seen in the world there will always be architectural collateral. To reduce the potential collateral, the proposal was to reuse building facades to assemble an urban spectacle that would be the talking point of any protests. We live in a social media driven society, the more talked about a spectacle, the more power and influence it had as a piece of architecture/object. Urban spectacles were proven to be the most affective way for people to protest. 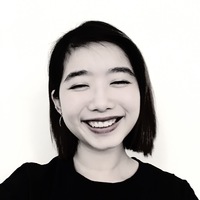