The Furness Peninsula in southwest Cumbria is facing multiple challenges, including the threat to homes and habitats in the face of sea level rise, a lack of stable employment and out-migration to urban centres. Building upon the ecological concept of response diversity, wherein the variety of responses to a disturbance facing an ecosystem determines its ultimate level of resilience, a series of design interventions aims to maximise the ecological and economic opportunities offered by the conditions on an area of land in proximity to Rampside Village, directly south of the town of Barrow-In-Furness. The area presents several opportunities arising from a variety of landforms:

·       An agricultural zone at higher elevations, wherein a patchwork of interacting land types, modelled on the principles of landscape ecology, allows for the generation of a variety of agricultural products including timber production, market gardens, free-range meat and biofuels;

·      An aquacultural zone, created through a breach in sea defences, restoring a tidal landscape to an area of land previously drained and reclaimed for pasture;

·       A rewilded buffer zone between the two previous areas, left to its own devices which can treat any runoff from the agricultural zone and provide habitat corridors between areas of differing vegetation cover.

The interventions work across a variety of scales, ranging from a large-scale strategic plan for the area to the detailed design of a community and farming resource centre. 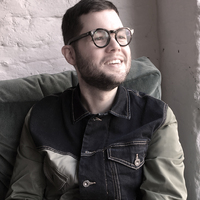