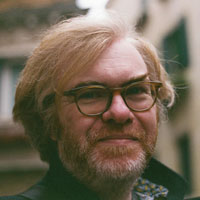 I lead the humanities units in MSA, teaching in each year of the BA in Architecture as well as 5th Year of MArch.  Humanities at MSA are designed to give students the opportunity to both gain a grounding in the discipline of architecture and to pursue their own interests; we aim to help you to learn research skills in order to develop these interests with rigour. Humanities encompasses architectural history and theory alongside other related fields such as philosophy, art, and the social sciences. We are committed to a cross-disciplinary approach in architecture, drawing out the interconnectedness of the built environment. We are committed to the process of decolonising our curriculum in humanities; for too long, architectural pedagogy has been focused on wealthy, white, male perspectives, and our aim is to de-centre this perspective, to reconsider the ‘canon’ in architecture as a more open construct.  We can understand architecture differently by being more inclusive.

In MArch, I teach in  Research Methods.  For the RM1 workshop, I continue to present Filmic Architecture, where the relationship between cinema and the built environment is explored through a series of guided studio tasks towards a design and short film.  I will also be leading a smallgroup of students through topics related to inscriptive practices, in the workshop Hard and Disagreeable Labour, investigating architectural drawing and similar ways of knowing.

PhD in Social Anthropology (University of Aberdeen); Towards a Theory of Notation as a Thinking Tool.  (Supervisor Prof. Tim Ingold, 2006).

MPhil by Research in Architecture (University of Strathclyde); Filmic Architecture: an exploration of film language as a method for architectural criticism and design. (Supervisor Prof. Per Kartvedt, 2002).

I lead the Filmic Architecture workshop in the MArch.

Filmic Architecture returns for it’s sixth iteration in 2020-21. This year, the workshop will encourage students to explore rather less conventional works of cinema for their assignments, examining the potential of works from outside of the mainstream of Euro-American film as analogues for thinking about architecture.

Students are asked to select a director/film-maker and to conduct a series of graphic experiments with the work. A series of tasks are set: reverse-engineer a storyboard from a selection of scenes; draw the plans of key locations; diagrams of montage and movement within the film, examinations of soundscape and narrative structure, questions of spectatorship and the pro-filmic event. Students are introduced to a wide range of film theories and practices, discussing the potential of narrative and characterisation in architecture as well as the overlaps between cinematic and architectural theories.

Students are asked to design a house for their director, and to make a short film of this house.

The theme for this year’s work is on the home, representations and understandings of domesticity in film.  How can architecture learn from and contribute to the sense of home in film?

I also lead a second RM workshop named Hard and Disagreeable Labour in the second term.  This workshop develops research into the nature of architectural drawing and other inscriptive practices with a series of investigations into why we draw, what we might consider drawing, and how those drawings communicate to others.

External examiner for the MA in Architecture at London Metropolitan University.

April 2005: Gestural Artefacts: Notations of a Daruma Doll. part of the group exhibition curated by Dr Wendy Gunn: ‘Fieldnotes and Sketchbooks: challenging the boundaries between descriptions and processes of describing.’ Aberdeen Art Gallery.

September - October 2005: Primary Source. Presentation of ‘Getting Lost in Tokyo’ as part of an exhibition of artists’ books, Warwick University Library exhibition room.

May 2017a. A Graphic Anthropology of Sanja Matsuri, as part of 'The Unfinishing of Things’ curated by Marc Higgin, University of Aberdeen.

May 2017c. What is Architecture: 50 Years of 131 Rottenrow. One of 50 alumni of Strathclyde University’s school of architecture to celebrate 50 years of the department & building. Exhibition of student work alongside current projects. SWG3 Studio Warehouse, Glasgow.

A selection of books I have written, edited, or contributed a chapter to.

My primary research is into architectural anthropology.  Rather than conduct ethnographic studies of architectural practice, my concern is to see both disciplines as equivalent to one another and to contribute to a graphic anthropology where drawings, sketches, notations, diagrams, maps and other inscriptive practices can reveal more about a social and architectural context.

I am developing this through a long engagement with Japanese urban festivals such as Sanja Matsuri and Gion Matsuri, where temporary and mobile pieces of architecture re-make the city.  Understanding the multiple appropriations and re-uses of space during the festival which collapses the existing social order to reveal normally hidden elements - the city is at its most urban in these moments.

This is allied to my interest in architectural drawing itself, understanding the processes by which it makes the world knowable.  By understanding drawing as a form of perception, we can open up practices to focus the attention on aspects such as the senses, movements through space, and geometry.

I continue to also work on research into film and architecture, developing work on the concept of montage in architecture, the relationship between production design and locations with architectural theories, and ways to use cinema to think about the built environment.

Lucas, R. 2015. Why a Drawing is not an Image (and why that may not be a problem). Invited Plenary Speaker. Beyond Perception 15, SRAC, University of Aberdeen. September 2015.

Designing for All the Senses: How to Draw (on) Experience in Design Invited speaker, Seoul National University of Technology, South Korea, October 2011.

Revisiting the Retroactive Manifesto in Seoul. Invited speaker, ‘Rolling Around like Gorillas on the Incline: Opening the Imaginary in Architecture and the Arts'. Tate Liverpool. October 2014.*

Why a Drawing is not an Image (and why that may not be a problem). Invited Plenary. Beyond Perception 15, SRAC, University of Aberdeen. September 2015.*

Convenor of Sensory Urbanism in January 2008 at the University of Strathclyde.

Lucas, R., 2020. 'Drawing as Being: Moving beyond ways of knowing, modes of attention and habits'. In Visual Research Methods in Architecture, Intellect (UK).

Lucas, R., 2020. 'On Drawing: Transmission from the Lifeworld to Paper at Namdaemun Market'. In Surface and Apparition The Immateriality of Modern Surface, Bloomsbury Publishing.

Lucas, R., 2017. 'Threshold and temporality in architecture: Practices of movement in Japanese architecture'. In Bunn, S. (eds.) Anthropology and Beauty: From Aesthetics to Creativity, pp. 279-291, Routledge.

Lucas, R., 2016. 'Taking a Line for a Walk: Flânerie, Drifts, and the Artistic Potential of Urban Wandering'. In Ways of Walking Ethnography and Practice on Foot, Routledge.

Lucas, R., 2009. 'Gestural Artefacts: Notations of a Daruma Doll.'. In Fieldnotes and Sketchbooks Challenging the Boundaries Between Descriptions and Processes of Describing, Peter Lang.