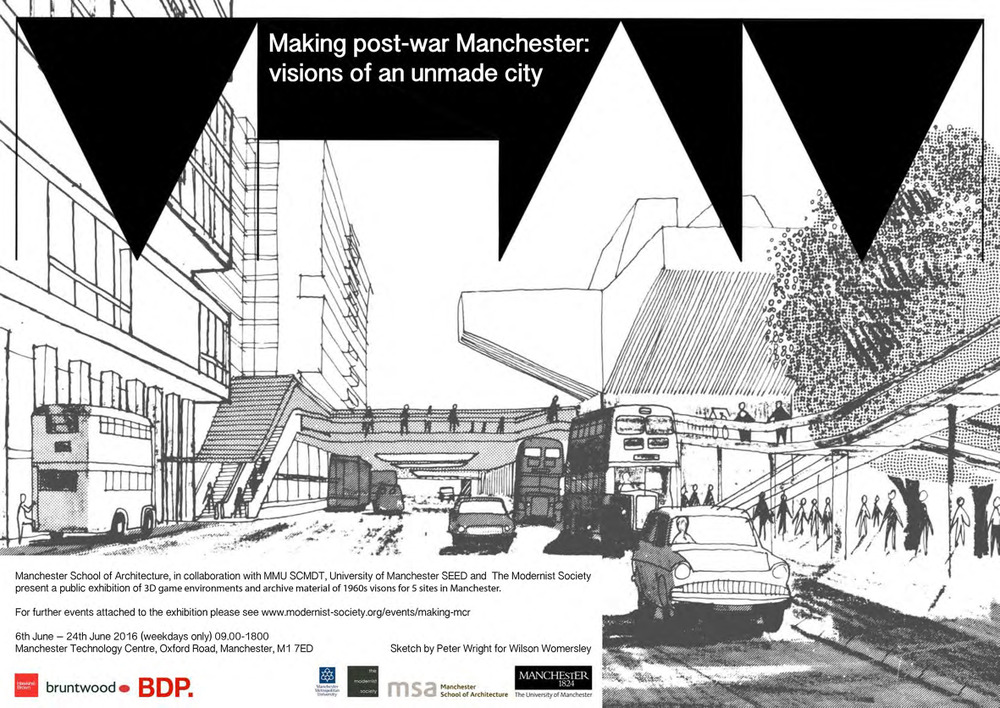 During the 1960s a vision of Manchester was being drawn up by property developers and town hall planners that only existed in architects drawings and consultant’s reports and was never realized in concrete and steel. Manchester was booming and vast swaths of the city centre were scheduled for redevelopment for entertainment, shopping, education, office complexes and transportation. But as with many masterplans, only portions of what was designed were actually built. In this exhibition, for the first time, visitors were able to encounter the ‘unmade city’ – the masterplans as they were intended to be. With guidance from the curators, five teams of Masters students from the Manchester School of Architecture used detailed maps, plans, sketches and archival sources to design and build 3D models of parts of the city to be navigated using game controllers. The original visions included wide areas of elevated pedestrian landscapes and sunken dual carriageways carving through the city, heliports, moving pavements and new transport infrastructure. Visitors to the exhibition were able to walk, run and jump around these recreated visions and imagine the city as it never became. The five sites are the Cathedral area shopping zone, Central Station, Lower Mosely Street, the Education Precinct down Oxford Road to the University and a proposed entertainment district between St. Peters Square and Piccadilly. There was a free walking tour on Saturday, June 11, and a public lecture on Wednesday, June 22. Also on display was the website that explains the detailed history of each site, what was there before the 1960s, what was planned and what was eventually built. Images of archival material were also shown to reveal the leading edge urban design of the period in all of its utopian optimism. 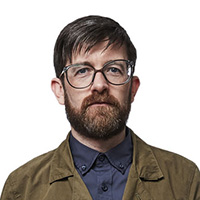