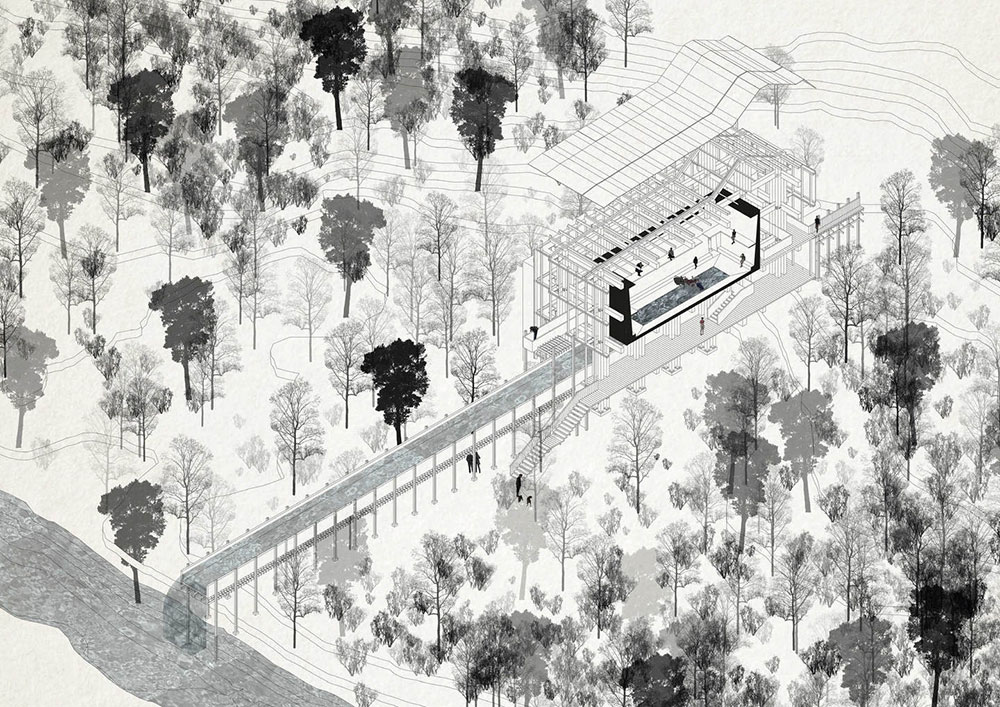 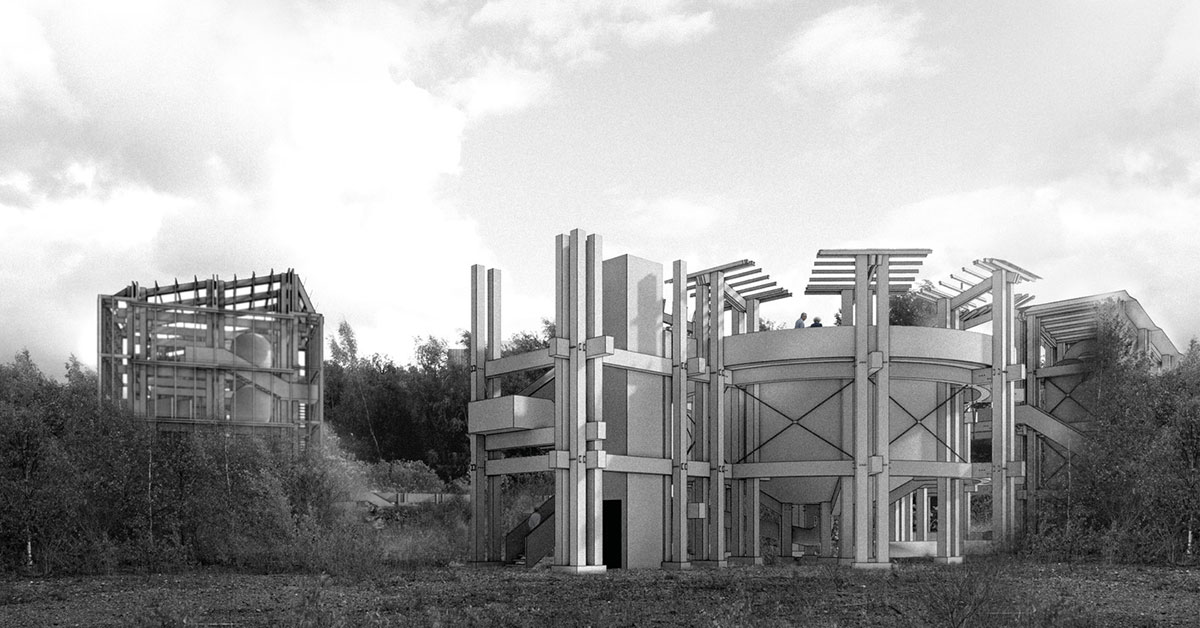 What was your favourite thing about studying with MSA?

From the very start at MSA we were provided with fascinating briefs, from developing proposals based on music to being given total freedom of designing our own briefs. MSA offered a carefully structured teaching system; where technologies, humanities and studio units would be taught together, ensuring that our architectural understanding would grow holistically, and each unit would inform the other. The strength of this structure is best seen in the 3rd year of study where we were able to represent one of seven ateliers as our ‘studio’ units, each atelier offered a different flavour yet all shared rigid values for good design. To put it shortly, my favourite thing about the MSA was the cohesive structure within which I had the freedom in developing my personal matters of concern.

What Inspired your WaterLab project?

WaterLab was heavily influenced by the characteristics and History of Irk Valley, through continuous participation within the site I became attracted to the river and began studying it closely before I developed the brief. During the notation of the site, I discovered the work of Andrei Tarkovsky most importantly ‘Stalker’ and ‘Solaris’, these films inspired me to dwell in the themes of questioning routines and anticipating the unknown.

An adventurous trip to Germany was also heavily influential, there I explored the strongly suggested Duisburg Nord Landschaftspark, later in Berlin I uncovered the works of Raumlabor, including the revival of Tempelhof Airport and the playful Floating University which was built on the rain basin of the same airport. On the way back to Manchester I brought back an agenda to ensure that whatever I designed must act in symbiosis between place and community, encourage trans disciplinary discourse and work in tandem with the characteristics of the site rather than against them.

How did your course tutors support and guide you during your studies?

The Humanities, tech and studio tutors expressed the importance to generate links between all the units and ensure that they are not seen as separate entities but rather as branches of architecture which forms a whole. I was constantly pushed by both my studio and humanities tutors to act within my chosen site, experiment with obscure tools of notation (methods such as sensory notation developed by Ray Lucas and film making in the river) to finally generate a matter of concern. The tutors showed a genuine passion for teaching, were always open to discuss my work and supported me in uncovering relevant study material.

The tutors showed a genuine passion for teaching, were always open to discuss my work and supported me in uncovering relevant study material. Vilius Petraitis