My hometown is Hefei, which is a city in the middle of China. It has developed very fast in the past twenty years, and there are tall buildings and crowded people.  But I always can't find many traces of history in my city. Those history is gradually disappearing in the development of the city, which is a pity.

Therefore, I selected Nanjing near my hometown for research, which is the capital city of six different dynasties in history, and there are many traces of history in cities.

In my Studio C project, I chose an urban village in Nanjing for my study. Urban villages are very common in China, they are usually old, dense built, unsafe, but crowded, and do not fit in with modern cities.  My goal is to give the site more green space and public space to make it a better living environment

About my dissertation, I did some research on Nanjing city wall. Built in the mid-14th century, the Wall is an important part of the heritage site of the Ming capital. The Wall serves as a link between the old city and the new city. So I focused on the history of the Wall and how the city wall space affects the living environment of the city and is closely related to the daily life of citizens.

In addition, and I also studied Shikumen, a type of architecture that appeared in Shanghai, China in the early 19th century. But one hundred years later, its living mode has been unable to adapt to modern life, and we tried to change that condition. 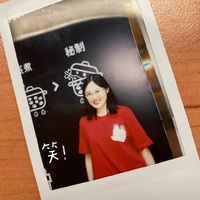 List all profiles
Apply
Visit us
Follow us
We use cookies on this site to enhance your user experience. By clicking the Accept button, you agree to us doing so.
Accept