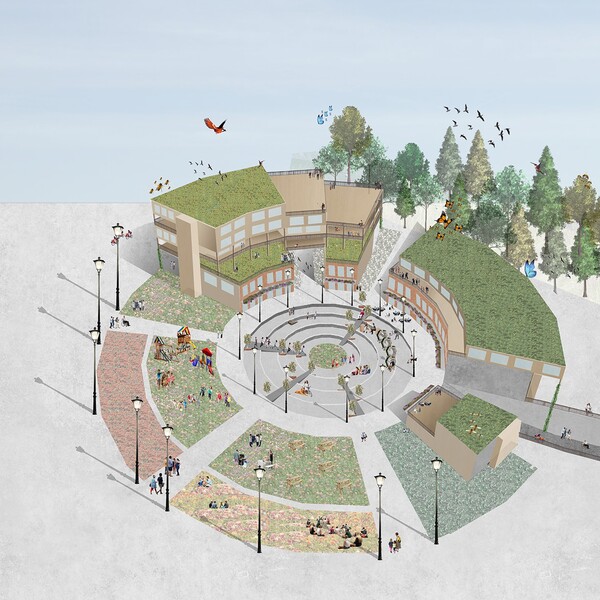 My project focuses on connecting the two communities surrounding the site, Newton Heath (N) and Clayton Ward (S), by creating a shared space for both on the former Manchester Abattoir. Strengthening the physical links between the community and the site is a key aspect of the project.

The initial programme was food production, the design of a vertical farming facility that will provide fresh foods for the community (reducing the impact of food transport and resources whilst increasing quality) as well as creating new local jobs. In order to actively draw people into the space, I am creating a community centre, a public space where collaboration and engagement between people will thrive.

Simultaneously, I am bringing wildlife back into the area by rewilding the site. Humans and cities have become detached from nature because of the destruction caused by the human species. This negatively impacts the psychology and physicality of human beings as well as limiting ecosystems in urban settings.

I have focused on the design of the community centre by preserving sections of the former market and creating a central public space. The new structure follows the geometrical rhythm of the existing one but contrasts it through the light nature of the timber structure and cladding as opposed to the hardness of the concrete.

The aim of the project is to create an experience for users, who will have the opportunity to use the site in a variety of ways, by combining the natural environment with the built environment. Sustainability and the creation of a flexible and accessible space that facilitates play, education and interaction are key fundamental drivers. 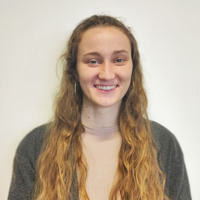