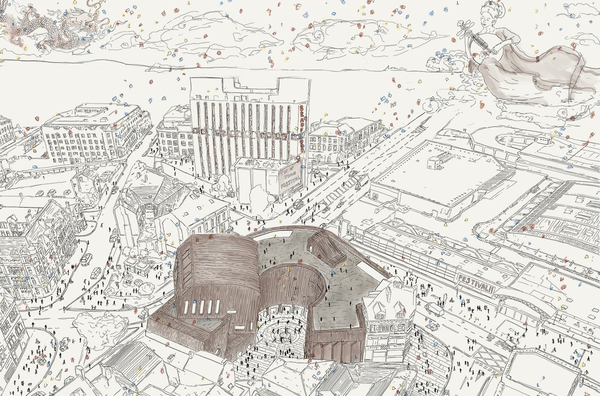 'Top of Town' is a conservation area within the city centre of Bradford, with an eclectic array of historical and architectural values. Thus, creating an architectural design to celebrate not only the tangible and intangible qualities Bradford holds but introducing the identity and heritage of Bradford itself which has been neglected over the years loom large.

'Moongate' is a traditional architectural element in Chinese gardens, act as a portal between gardens as well as between inside and outside. One interpretation is that the moon gate, as it lifts itself out of the landscape, is symbolic of birth and renewal. The birth of a new moon becomes the way in which time is marked and the new comes about. Integrating this concept into my design to mark the rebirth of 'Top of Town' as the city centre conservation area, the proposal act as a gateway to welcome and direct the users to a new realm in Bradford, and as a key driver in the form and spatial composition. This goes hand and hand as the site is known as the entrance to ‘Top of Town’.

"Every touching experience of architecture is multi-sensory; qualities of space, matter, and scale are equally measured by the eye, ear, nose, skin, tongue, skeleton, and muscle. Architecture strengthens the existential experience, one's sense of being in the world, and this is essentially a strengthened experience of self." (Pallasmaa, 1996) 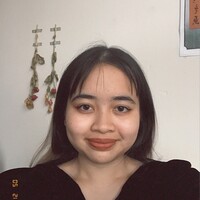