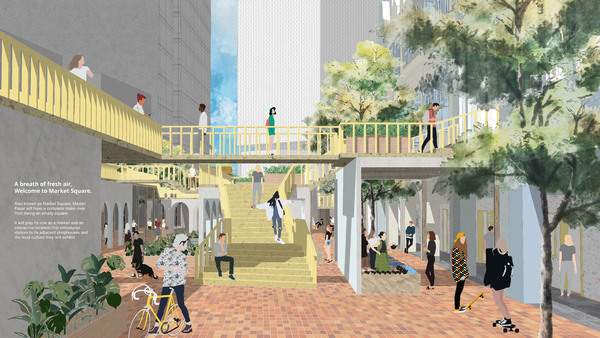 ‘Kuala Lumpur’s Hidden Absurdities of Perpetual Growth’ is a result of what was initially my curiosity towards the recent rise of mega-urban developments around Kuala Lumpur. Malaysia prides itself as a melting pot of cultures and ethnicities. Yet, it seemed strange that the capital city has heavily opted towards cultural standardisation through globalisation in its development. My inquiry has, over a year, transformed into a three-part journey:

Investigating reconstructed narratives and ideals defined for Kuala Lumpur, culminating in uncovering City Plan’s viewpoint of people as mere resources to fuel the city's needs as 'the Economy Engine'. The methodology used was a series of experimental videos exploring propaganda techniques and adapted over time.

Studio 2- Antithesis: Taking the Side of Capitalistic Urbanism

A thought experiment to actualise the City Plan’s absurdist economic ideals on the Heritage Quarter. The mode was a fictitious marketing brochure created with the typical capitalist approach.

The Heritage Quarter is reapproached by synthesising humanistic values and capitalistic goals, both implementing and challenging several Key Initiatives presented by the City Plan. A brochure of an alternate outcome and a revised design guide was produced.

My practice always lies within Research-Driven Design, which I have continuously improved upon since Year 3 of Bachelors. I spend time extensively in my investigations and explore new methods of architectural representation to present my research, all in the hope of crafting an informed outcome. I am also interested in urban planning, contextual architecture, and social psychology. Despite my preferences, I am open to new experiences as there is much to learn in this constantly changing world. 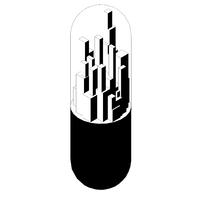