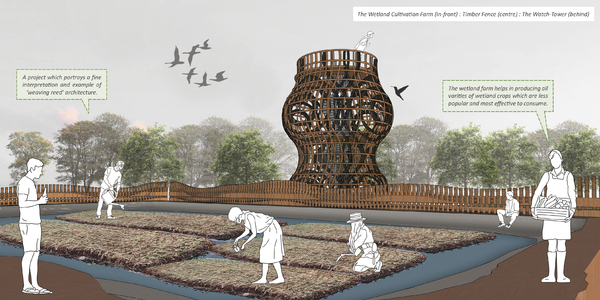 ‘The Wet-Scape Link’ : Where History meets Science to celebrate Life

Located in the upper stretch of Greater Manchester, Clayton Vale is a reclaimed area of urban countryside through which the historic Medlock River Valley passes. Originally known as the Dingle village, the Vale was changed dramatically during the industrial period. Several works were on the site, which includes paper and cotton mills. From the early 1900’s the site was used as a tip before being redeveloped in the 1980’s. Today the area is a known as a local nature reserve, but it is a lost natural habitat for wildlife. The vale consists of informal grasslands, wooded slopes, pristine wetlands and most importantly, there is still evidence of its industrial and rural heritage. Out of these, wetlands are the space typology selected for the project development since it holds a lot of undisclosed reasons, beneficial to the people, the landscape, and the globe.

The project titled "The Wet-Scape Link" reveals the lost natural heritage and celebrates the forgotten rural heritage which once existed on the banks of River Medlock in Clayton Vale. It also addresses few of the major site issues which includes flooding, with a blend of sustainable measures and traditional practices. The landscape has been developed in such a way that it brings the disappeared wetland species back to their homes as well as narrates the Clayton Vale Story through ‘the Experience’ strategy involved in its built architecture form.

One important aspect of the project was to highlight the significance of wetlands and its ‘Local Process Cycle’, in today's 21st century development and prospects. Many strategies have been incorporated but the most considered one is "The Wetland Cultivation Farm". It is a floating arena which cultivates the least known and most beneficial wetland crops (terrestrial and aquatic), with incorporation of the heritage practice of floating gardens. As a result, it would not only give a learning experience for the users but also guarantee food security and create a supplementary income generation for the various user groups involved. 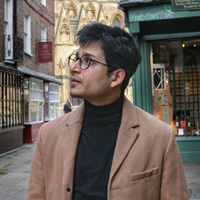