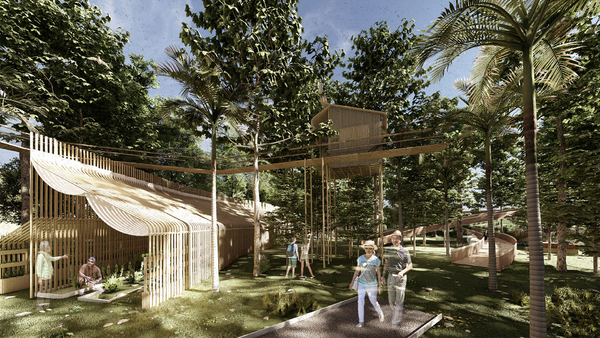 The discrimination and oppression issues against the indigenous people are an inevitable topic all around the world. The indigenous people in Malaysia, also known as the ‘Orang Asli’, have been experiencing encroachment problems and transitional development throughout the years, which comes with a greater impact on them. The rights over their own ancestral land were being ignored as well as the risk of losing their identity and traditions due to the lack of recognition and awareness. A study on the background issues followed by the reconstruction of the transition of their lifestyle through narrational events was created in the beginning of the research by experimenting with both artistic and architectural methods.

Their self-determination and perseverance contributed greatly to develop the idea of envisioning a self-sustained ecotourism project for the final thesis. The project aims to introduce a new way to the Temuan tribe to empower themselves by providing a systematic way to retain and pass down their knowledge while creating an alternative source of sustainable livelihood. The proposed three phases led to the main objective involving traditional architecture preservation, rehabilitation, and identity preservation. This could act as a starting point to incorporate their capabilities and capacities in enhancing entrepreneurship skills, preserving traditions, while also retaining their status as the rightful owner of their land. Their capabilities should be acknowledged and celebrated instead of being constantly ignored. It can be concluded that architecture plays a big role in uniting the differences of people and become a tool to amplify their voices, along with a recognition of their valuable identity. 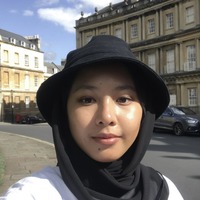