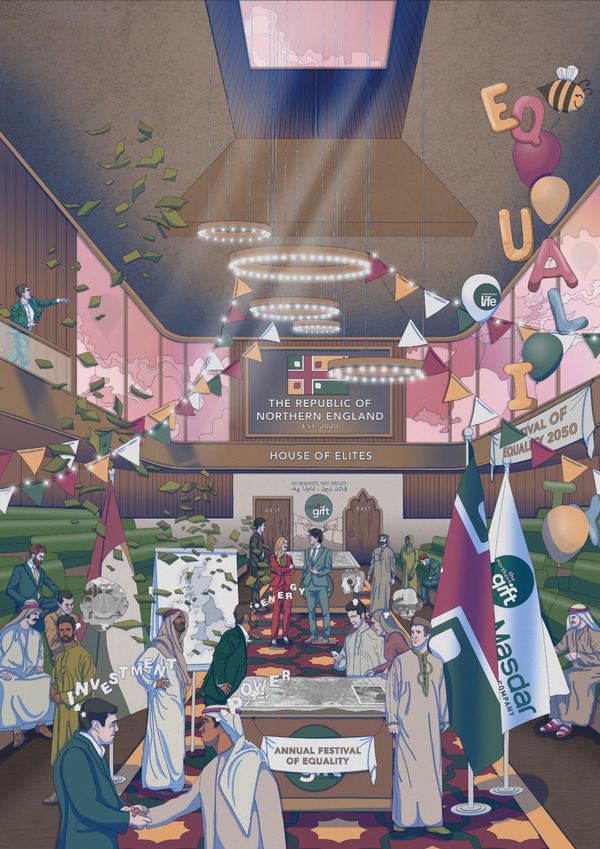 ‘Tales from the dark side of the city’ is a work of design fiction which acts as a critique of urban development partnerships – in particular; the Manchester Life Development Company. Manchester Life is a joint venture between Manchester City Council and the Abu Dhabi United Group, directly linking the development of our city, to severe human rights violations in the Middle East. When financial gain and urban development are the key indicators of success, where do we draw the line?

Utilising storytelling and illustration as a vehicle to reach wider society, this project aims to provide a narrative backdrop to discussions about the world we wish to inhabit (or avoid) through the means of speculation and satire, and begins to pull the thread which anchor these futures in the present. This project is not propositional. Instead, it aims to challenge the role of the Architect, and builds on the methodology developed by Superstudio in the 1970s which explores architecture as a form of social commentary/critique. In this approach, the Architect no longer attempts to generate answers, but instead aims to formulate questions.

Design fiction allows the audience to explore exaggerated themes along a future timeline, based on contemporary events (at a local, national and international level) - resulting in a satirical future where the North of England has seceded from the UK and operates as an independent state under the direction of the UAE dictatorship.

Hijacking the mediums that art and literature operate within allows critical ideas about architecture and urban-growth to reach those outside of the profession, in the hope of prefiguring change on a grand-scale, in the present. The imagined future is captured through a series of large-scale illustrations which were to be exhibited together at a physical exhibition, which unfortunately cannot go ahead due to the Covid-19 pandemic. 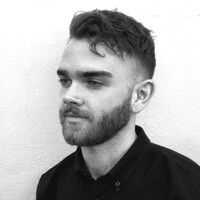