Park Hill plays an essential role in the British post-war social housing building. Due to its design and socialist nature, it becomes a place Sheffielders both love and hate. On the one hand, people regard Park Hill as the iconic practice of the ‘municipal dreams’ created by the local council. On the other hand, the high crime rate and poor maintenance made Park Hill an ‘unaccessible place’ in Sheffielders’ common sense. However, the existing regeneration scheme by Urban Splash gradually stripped its ‘coats’ but also its spirit - social housing. People who originally lived in Park Hill were evicted from the apartment. At the same time, only a quarter of dwellings after the redevelopment will go into social rented. More and more people lost their homes as well as their memories of Park Hill. However, the reality is that funding scarcity makes the regeneration of the social housing buildings much more complicated than before. Therefore, Park Hill needs to find a way to rescue itself.

Through the analysis in Studio B, this project aims to utilise the ethos of ‘Ecological Urbanism’ to seek opportunities for Park Hill from a different angle. Park Hill will be invested by residents themselves rather than the local council or private developers. In this scheme, Park Hill will become a ‘City Oasis’ under the cooperative housing mode, which has been successfully applied to numerous communities. Meanwhile, new industries such as productive landscape and art will be introduced to the site as well.

Following the concept proposed above, the Studio C work will focus on three aspects - reconnecting Park Hill with the rest of Sheffield through activities and cooperations, recolonising the empty listed building with new co-op communities and new industries, and revitalising Park Hill as an ecological oasis in Sheffield, to deliver a new Park Hill to the ‘Socialist Republic of South Yorkshire’ in the post-Brexit Britain. 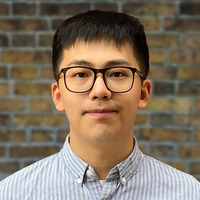