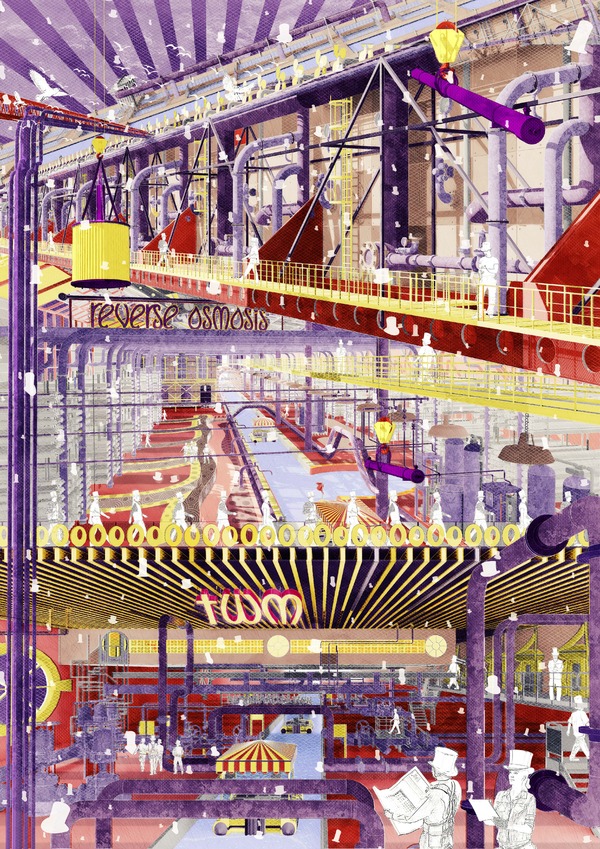 Hey! Thanks for stopping by and checking out my work!

Here's a short snippet about my project:

This is The Water Machine. It is a tourist-oriented spectacle that spans from Liverpool to Wigan. It is an attempt to solve a growing freshwater problem faced in the UK due to an increasing population and a changing climate.  The project replaces the M58, an underutilized motorway near the sea, creating a landscape-scaled demonstration that collects and treats water from rain, aquifers, fog and seawater through desalination.

The tourist/human interaction element is inspired by Willy Wonka. It does this by creating a river-like transit system that utilizes pressurized brine: a waste product currently disregarded in the desalination industry. Brine has been capitalized on to create this profit-oriented experience to subsequently reduce the price of the desalination process.

The final poster images take you through the experience of The Water Machine. One may begin driving through existing underpasses meant originally for the M58, then a poster displays boats going on a brine river. Another image showcases the Reverse Osmosis Plant where excess brine is used for pickling and other uses, and then the Remineralization building is displayed, which is where the last water treatment process takes place. The last poster showcases the Premium Water Bottle Flagship store, including the bottling manufacturing process, which is another income stream of The Water Machine, to continue help offset Desalination costs to everyday British consumers.

Through these final Posters, I invite you to come and enjoy your journey throughout The Water Machine! 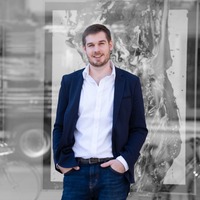