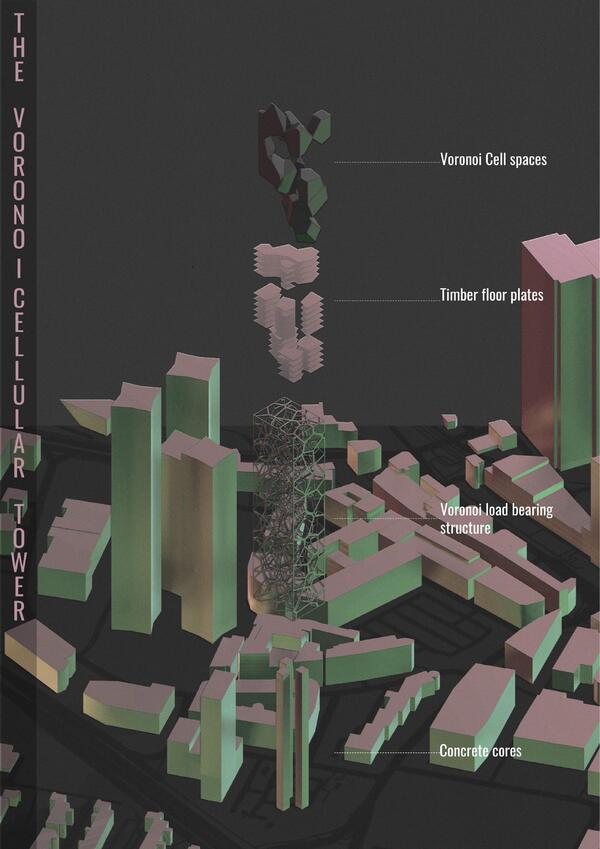 The Voronoi tower is a post-Covid-19 office proposal in Manchester, which focuses on the well being of users and the enhancement of their connection with nature in an urban environment. The structural concept is based on the three-dimensional Voronoi geometry generated by computer-based programs to create subdivided spaces that replace the usual construction system.

The programme offered by the tower is mainly office workplaces but it also provides public spaces- a ground floor café, vertical sky gardens and top floor observatory to enhance the community of the city.The structure, as well as the subdivided units, are generated through Rhino, Grasshopper. It is based on the complex geometry of the Voronoi Diagram to reduce the use of materials and to challenge new ways of construction systems. The interior geometry is visible from each program unit. This way, it increases communication and interaction between the tower’s users and also ensures there is always a visual connection between the users of the building and nature. At the same time as improving visual and physical connectivity between floors with the use of a curtain wall system, the spaces contain a rich mixture of plants and trees which will reduce both carbon dioxide and toxin levels in the building whilst also producing oxygen.

The lobby area is mainly a public space that serves as a reception, art gallery and café. The exterior of the tower offers visual complexity by having a parametric canopy that allows people to have outdoor activities without the commotion of weather conditions. The vertical circulation is performed by the elevators situated in the three structural cores where each one takes the user to a specific level according to their wish of activity.

Overall, the tower has the aim to enhance users connections with nature and act as an escape from urban reality, by using the principles of Biophilic Design along with the morphology of parametric design. 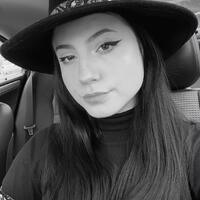