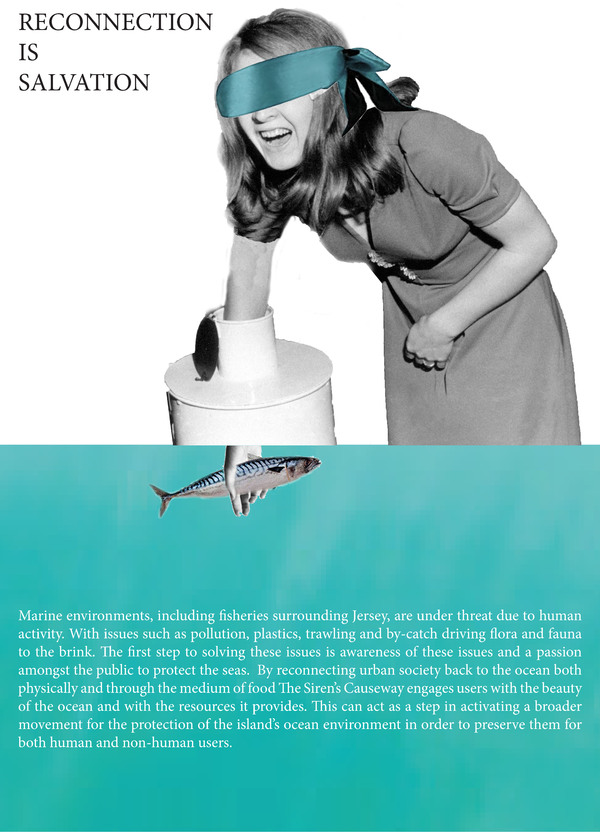 La Route de la Liberation Road, defies the promise of its name – the dual-carriageway creating a barrier between St Helier and the reason for its existence, the ocean. The chasm formed by this road is slowly seeping into the society, eroding the connection of the people to the sea and its produce. The historic lifeblood of St Helier, its harbours, are now torn from the town they serve, quiet and eerie these once bustling locations lack both purpose and people – a husk of their former glory.

Meanwhile, marine environments, including fisheries surrounding Jersey, are under threat due to human activity. With issues such as pollution, plastics, trawling and by-catch driving flora and fauna to the brink. The first step to solving these issues is creating awareness and a passion amongst the public to protect the seas through a rekindling of an urban-marine symbiosis. The Siren’s Causeway reactivates this symbiotic link between the urban inhabitants of St Helier and the ocean. This is achieved by designing a destination building which extends the public realm into the harbour to act as a cultural beacon for the town drawing its inhabitants over the dual-carriageway. A programme of components are formed which echo the uses of the sea elsewhere on the island while simultaneously embedding these elements into the rhythms of the tide, intrinsically tying the activities of the programme to the water. By reconnecting urban society back to the ocean, both physically and culturally, The Siren’s Causeway engages users with the beauty of the ocean and with the resources it provides. This can act as a step in activating a broader movement for the protection of the island’s ocean environment in order to preserve them for both human and non-human users. 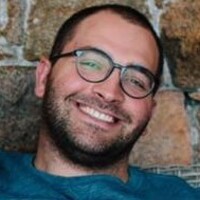