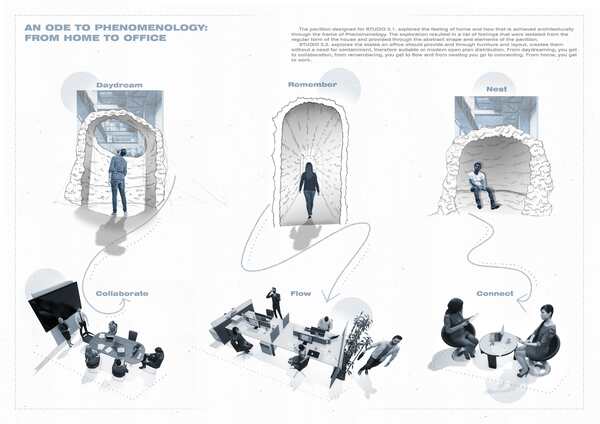 My first project on the course was an exploration of conceptual design and the relationship between perception and space, previous personal areas of interest, manifested into a pavilion. Analyzing what qualities a structure needs to demonstrate in order to feel "homely" while being stripped of its traditional aesthetic conventions, I managed to extract elements such as scale, containment and even sound. As a result, I created a space that feels but doesn't look like home, with an amorphous character.

As this helped me understand how space dictates not only well-being, but the whole range of human emotion, I combined these learnings with a concrete layer of sustainability, structural and environmental studies, which culminated in my final project: a high-rise office tower with a mixed-use base.

Previous awareness of human perception influenced the choice to create spaces that promote well-being through social and collaborative spaces, both in the public areas and the private, and environments constructed with care towards lighting levels and acoustic qualities. Aside from those elements, this project introduced computational design as a tool for problem-solving of the facade, as well as integrated sustainability strategies such as the placement of the cantilevers, which dynamically shade the Southern part of the tower(more during summer and less during winter), as well as exposing the Northern part.

Finally, on a larger scale, the building was designed to benefit the surrounding community as much as its users: activating the area with its amenities, improving safety during the night through the lighting strategy of the landscaping and finally, providing some of the much needed green space around Manchester. 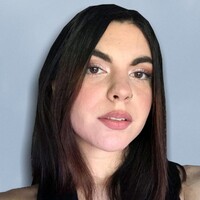