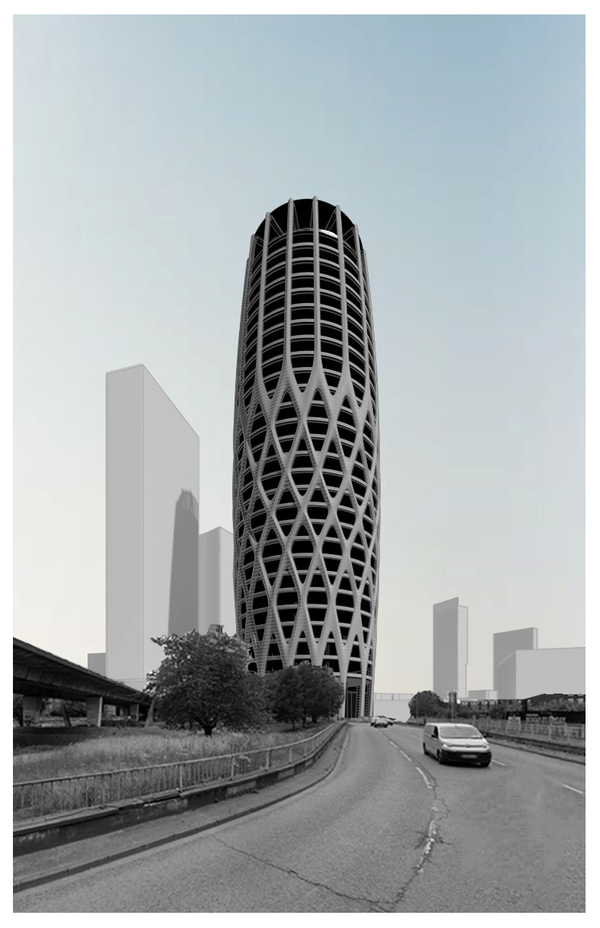 Through extensive algorithm-driven form-finding exercises as well as spatial atmosphere studies, this project aims to revitalize the skyscraper typology in the Manchester urban context.

Whereas most high-rise projects impress with their facades and massings, their interiors are almost lifeless. This Manchester skyscraper concept links its interior aesthetic to its exterior visual expression via the motif of structural expression: the carved diagrid structure and facade design marks the building’s strong presence in the Mancunian urban sprawl, while the gallery space, with its waffle slabs and concrete hyperboloids passing through multiple floors add to the building’s personality.

This project can be considered a sustained exercise in software-aided architectural design. A powerful architectural tool, computer software has helped me generate a facade and other architectural elements such as the coffered ceiling pattern of a geometrical complexity virtually impossible to achieve through traditional hand-drawing and drafting techniques. As such, the 10 images represent the culmination of a year-long architectural project which aimed to deliver a functional, well-structured building with an engaging dynamic aesthetic. 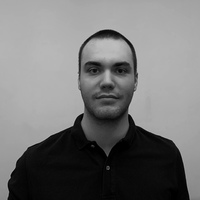