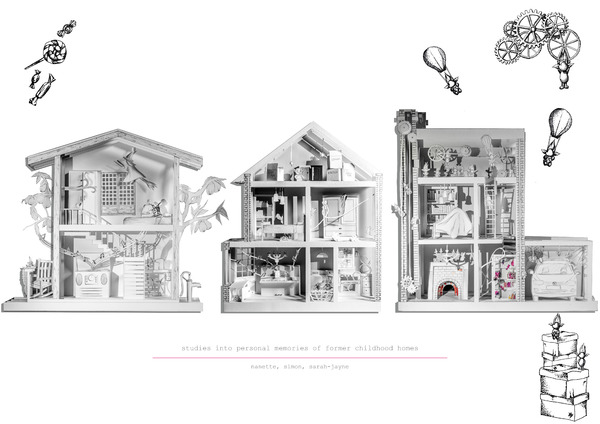 This thesis begins by analysing the house as a mnemonic device that records and transmits part of our history as human beings, specifically childhood memories. Through the use of modelmaking, personal memories from five individuals were brought to life and aimed to look at the emotive experience each room, space and objects within the house project, generating a greater phenomenological understanding of the house away from its physical boundaries. While studio one focused on personal memory, studio two enabled me to zoom the lens out from the microcosm of a house to the macrocosm of a city by looking at the notion of collective existence within the context of Havana, Cuba. The more I spoke to Cuban locals, the more I became aware of a key distinction between them and my interviewees from studio one. While the latter spoke of personal memories within their private sphere, the former expressed a sense of community and togetherness. This thesis introduces a new initiative whereby decaying sites that are prevalent across Havana are resurrected and transformed into a community led ‘Casa Particular’ - guest house - that follows the methodology of reuse, learn, earn, and share.

Memories are not meant to be locked away, but are designed to be expressed, shared and re-lived. Consequently, I have designed my ‘Casa Particular’ to embody and facilitate the sharing of memories. Every guest who stays here will have a taste of another’s experience – whether by hearing a traditional Cuban song or catching sight of Naughty Dumms under the bed – but equally will leave part of themselves behind – whether by donating a prized possession or painting something in the room of expression. The site is a melting pot of reminiscence, designed to enrich its guests’ experience, challenge their perceptions and create new memories in the process. 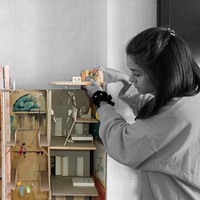