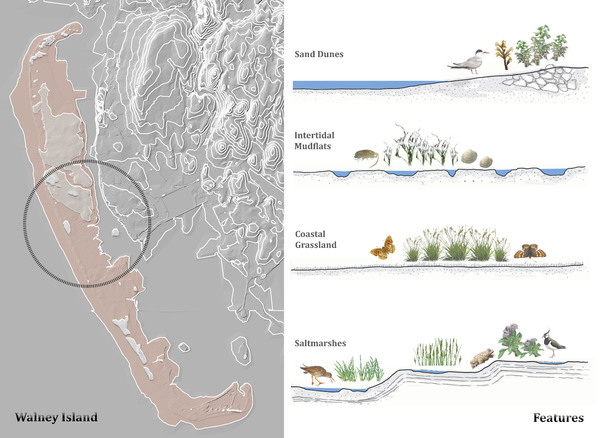 Walney is an island adjacent to Barrow-in-Furness in north-west England, which is known for its exquisite coastal landscape. The island houses many rare wildlife species and thousands of migratory birds each year. The two wildlife reserves towards the north and the south of Walney Island, frequently visited by the tourists, contribute to the popularity of the place. However, owing to the isolated situation, the residential communities of Walney Island face some severe economic and social challenges. The lack of employment opportunities and social inclusivity has led to an incremental outward migration of the population over the past few decades. The project aims to address these issues through the redesign of a potentially viable area of the island.

The design proposal directly addresses the issues pertinent to the employment, wildlife habitat connection and coastal floods. Also, the design exploits the existing conditions and resources of the site for flood mitigation, energy generation and wildlife habitat connection. As the UK receives the second-highest tidal range in the world, the proposal includes the creation of a small-scale tidal lagoon that would generate electricity for the island and provide industry-based jobs.

A redevelopment plan for the south Walney urban fringe aims to create a floatable settlement which would be resilient against predicted extreme coastal flooding: a habitat lagoon, floating gardens, kelp farms and self-sufficient floatable houses form part of this amphibious settlement that would accommodate people and vegetation communities and provide both economic and ecological benefits.

A Wildlife Habitat Park, proposed as a buffer between the Irish Sea and the village shelters the wildlife and aims to link the north and south wildlife habitats of the island. The landscape proposal aims to revitalise Walney Island, benefitting both the people and the wildlife through a careful sustainable design approach. 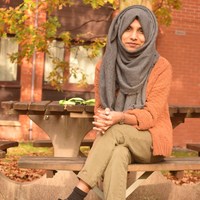