This project began as an exploration into borders, Studio 1 and 2 focused on digital and data borders, Studio 3 has developed on this and interrogated how people’s interactions with data will impact the built environment. I have delved into a future scenario focused around defined characters and their interaction with data. The broader theme explores how large tech companies, defined as surveillance capitalists by Shoshana Zuboff are overstepping into our personal boundaries by taking our data and using it against us under the guise that they are doing something positive.

The final stanza of the story in this portfolio is telling of this, as the curator is coerced into becoming a seller, this could be any one of us who accepts Terms and Conditions without reading them, ignored GDPR notifications or forget to opt out after trial periods. It is not necessarily that it is bad to be a seller, if that is how you wish to handle your personal data, but that needs to be a conscious decision.

Although I have simplified the population down to 4 extreme characters, these characters are based on evidence and observations of how people deal with major issues such as data security. Based on this, upon completion of this project I am not so sure that full data ownership for the masses is necessarily the way to go, and it could lead to a future scenario not dissimilar to the one I have presented. Ultimately, in this world, the surveillance capitalists actually have more power as they gain unfettered access to personal data with little regulation. I do however believe that some reform and greater public consciousness of data security is vital. 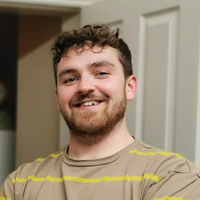