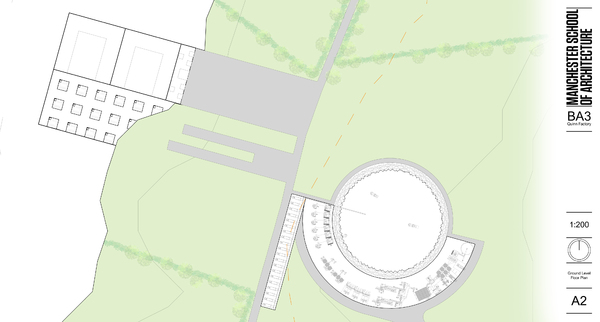 My BA3 studio project was part of the Infra-Space atelier which focuses on the impact of infrastructure on a community and the relationship between the two. Our brief was in response to the current political climate in the UK and how poor Brexit negotiations could create problems along the Irish border. In the case of a ‘hard Brexit’ we would have seen restrictions on the movement of people and goods across the border between Northern Ireland and the Republic of Ireland (which has remained part of the EU). This would severely affect the livelihoods of the hundreds of thousands of Irish people that cross the border on a daily basis, and would also damage thousands of Irish businesses that work on/around the border as a hard border would effectively divide the company in two.

One of those companies would be Quinn Industrial Holdings. Quinn is a large manufacturer of aggregates and building materials, and they own several factories and warehouses on either side of the border. Therefore, I decided to design them a new facility that straddles the border which would allow them to continue operating as normal even in the event of a hard border. This new facility is divided into two main sections; A material processing and concrete mix factory, and a storage/distribution centre that also manufactures and develops concrete products. These facilities are located on opposite sides of the border and are only connected through a pipe network which supplies the manufacturing facility with concrete wet mix. This is because unfinished products are not subject to the WTO trade tariff of 1.7% when moving across the border.

The site for my proposal is located in the Irish countryside and therefore I wanted to focus on minimising the impact of the factory on the natural landscape. I achieved this with the design of the factory roof as its smooth curves and natural undulations blend seamlessly with the surrounding topography. 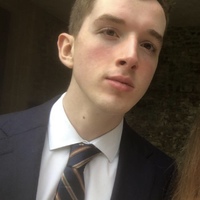