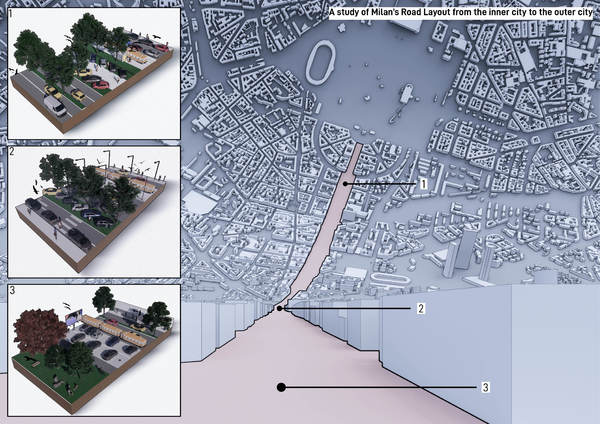 Following an in-depth analysis of the city of Milan, I created a set of objectives that led to the development of a city-wide framework, following the guidelines set out by the urban theory, ‘Responsive Environments’ by Ian Bentley. The framework focused on issues raised by the city’s medieval historic city centre, as it spread past in numerous ancient city walls over time. This spread, under different empires, saw different urban strategies applied to Milan, creating a disconnect between how the outer-city and the inner-city function as a whole.

Guided by the Responsive Environments Urban Theory, this three-part project focused on improving legibility and permeability of Milan, allowing for the variety of choices offered in the city to be easier accessed. The framework integrated primary and secondary activities, helping various communities make the most of the pedestrian traffic that passes through the area.

This was then tested out on a 40ha masterplan around a wholesale market, where a thriving community was designed to take advantage of the number of people that visit the market. This created a variety of spaces with different opportunities for activities to occur, maintaining a cohesive community with enough density for it to function.

The project further explored one of these spaces, in the form of an active square, demonstrating the execution of one of the communities on a neighbourhood scale and the potential of a variety of activities with experiential thresholds between them. 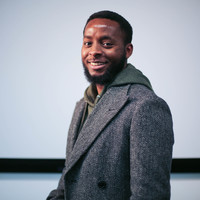