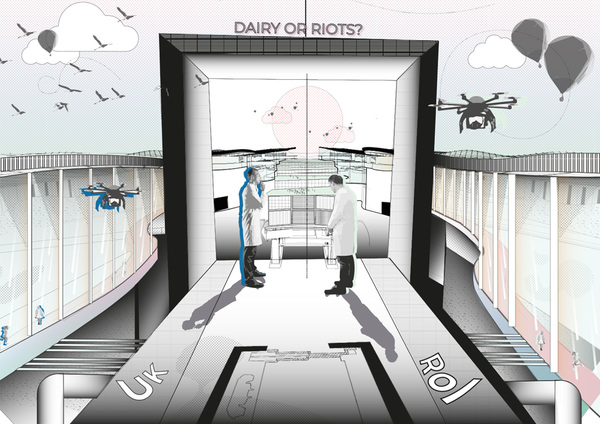 My focus this year has been on large-scale interventions that could generate a seamless and frictionless piece of infrastructure for the dairy industry.

Within a fictional scenario, it has been banned to cull the cows and waste the milk as well as to stop the cultural interaction between people and disband the traditional work of farms in the land of Northern Ireland and Republic of Ireland.

‘Dairy or riots?’ has been born from the idea of a potential, but imaginary agreement between the EU (RoI) and the UK (NI). This is a strategy that involves the use of a ‘fluctuation’ based system applied to a new range of WTO taxes. My architectural proposal acts as a physical goods trading site for dairy products and represents a metaphor for what the Good Friday agreement set in '98 and Brexit just recently by building two factories of the same kind, one on each side of the border.

The users can interact with a factory which is inserted in the landscape and aesthetically driven by the features of it. As visitor of the factory, you can observe the way in which dairy products are produced in a different environment, and how automated production and human interaction are highly defined at another level.

Nevertheless, ‘Dairy or riots?’ is a project which generates awareness, understanding, and proves how a building can ironically rule the political, economical and social behaviour features of two countries. 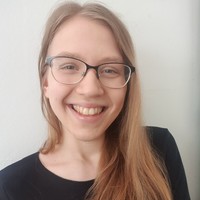