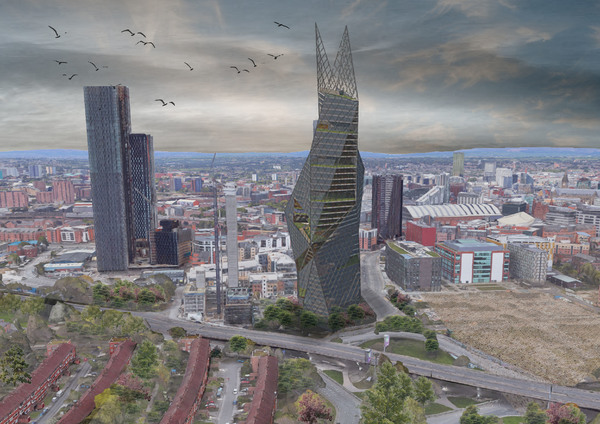 The designed office building manipulates light in a way that inspires an efficient working attitude. The design strategy was focused on creating a comfortable environment for the employees, as well as ensuring that the building fit within its context. Working in traditional offices can be mentally consuming which reduces the productivity of the employees, this building aims to address this issue. Being located in the city centre of Manchester influenced the decision to have retail spaces on the ground floor for the public to engage with.

The initial concept was created through experimenting with origami to create a performative pattern that would satisfy the main objectives of the design in terms of achieving the desired lighting. The concept was then further developed through digital experiments using additional forms that would more easily be translated into a functional building.

An issue with high rise buildings is that the value of its lower floors decreases due to the lack of natural lighting. The building deals with this issue through having three continuous voids dividing the building into three portions, each with its particular visual characteristics that depend on its position relative to the core, voids and in terms of its height and orientation. This creates a high rise building with separate spaces each with its own shape and atmosphere.

Sandwiched between every five floors would be a buffer space that was created by removing a floor allowing better penetration of light. These spaces are assigned towards additional functions that would conclude the modern needs in an office building such as some restaurants, a library, a nursery, as well as more unique functions tailored to the specific needs of the occupants.

The structure of the building aims to minimise the use of columns which was done through an external A-frame structure with a diagrid frame to support it and a pre-cambered concrete. This structure creates a flexible design that can be manipulated in the future. 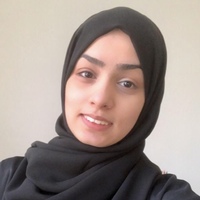