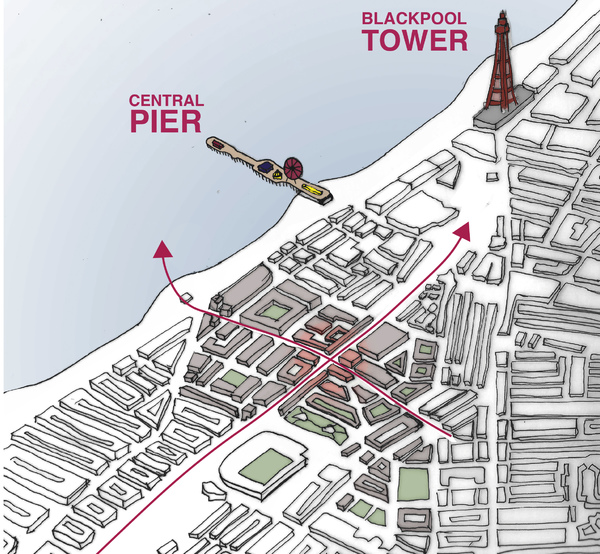 Blackpool Central Link is a master planning and landscaping project that depicts the theory Integral Urbanism by Nan Ellin in Blackpool’s context. It is a mixed-use development designed as part of the town’s framework and as a response to the thesis: ‘Strengthening Blackpool’s Connectivity by improving the primary roads’ territory via Hybridity, Vulnerability and Authenticity.’

The choice of the masterplan site thus relies heavily on the development of a potential high street. The key moves involve identifying the primary routes in and out of town, improving street infrastructure to involve several transport systems, and creating a mixed-use arrangement for the built forms by responding to the surrounding contexts. Similarly, the third section of the studio involves a more detailed approach to a key space in the masterplan. Blackpool Links’ main intersection lies at its heart, portraying qualities of openness, multiple choices of direction and its demand for attention when crossing and moving about. It is an interesting space due to its potential to influence choice of routes for all types of users, leading them to the main attractions like Blackpool Tower and Central Pier. Its landscape strategy includes an engagement with Blackpool’s identity by creating a special corner for a Blackpool Rock store, promoting active frontages to engage the users, and increasing connectivity and popularity by a heavy mix of uses.

The result is a masterplan and a junction located at the main entrance of the town, transforming the current space from dull, highway like routes, isolated from the surroundings and abruptly ending at the promenade into a vibrant space that welcomes the visitors and residents, enriching the towns overall experience, supporting the local residents with opportunities for economic growth, forging a renewed and reemphasised identity for Blackpool, and adding to the rich nostalgia of this beloved British seaside town. 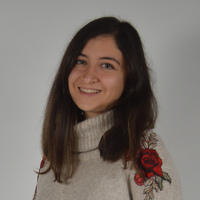