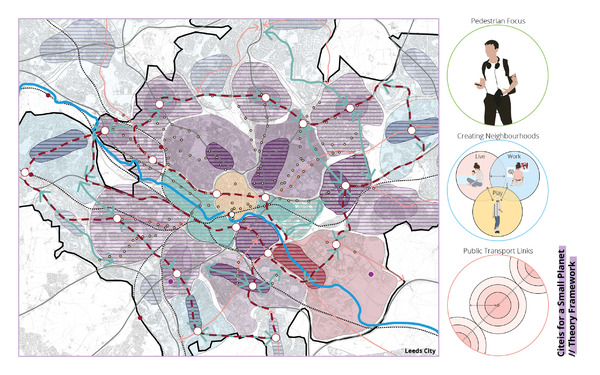 The project began through a thorough site analysis on our chosen city of Leeds, creating a series of objectives that future development of the city should strive to achieve. This lead on to the creation of a framework, based upon the theory in ‘Cities for a Small Planet’ by Richard Rogers. The influence of the theory on the framework created a series of neighbourhoods, with different densities and specialities, linked together through a public transport network to lessen the requirement of vehicular transport.

A subsequent masterplan looked into the development and application of this theory, specifically to the South Bank area of Leeds. The design considers how densification of the city centre through an urban residential neighbourhood and commercial neighbourhood is linked via the proposed HS2 plans for Leeds. Interrogation into Leeds helped to shape this proposal. The redevelopment of the brownfield land being preferable to increase city density, and connecting the residents of Leeds back to the river through a newly introduced city park.

Further work developed a specific space for the schemes SUDS and water attenuation plans. The final proposal connects the collection and movement of water, with the people that occupy the space. The idea was to not only create a functional space, dealing with potential surface water flooding, but to create a fun dynamic space adapting to environmental conditions. Level changes and screenings provide a multitude of activity spaces, with private integrated planter seating, designated sports space, performance spaces and play spaces. 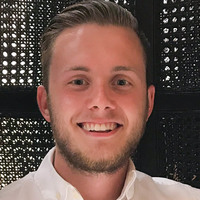