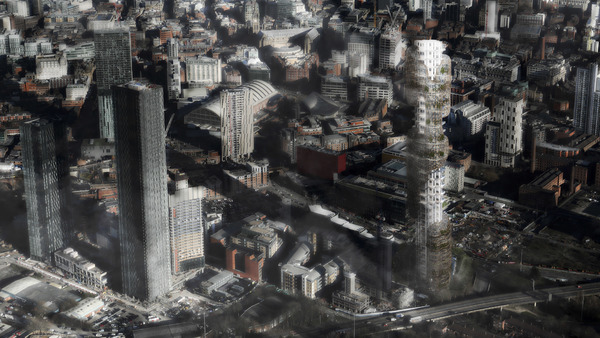 The Porocity questions the relevance of postwar modern design in the contemporary world by analysing and understanding existing towers typology and floor plans. Some of the design elements that have been continuing for decades are small corridors and lack of public spaces necessitated by the mass-modular system and tight corridor, which was an economical solution during the post-war period. There was a need and demand to construct quickly and accommodate as many people as possible. Developers take advantage of low construction cost of the modular design, minimising the public spaces for high-profit returns. Therefore, it created many health issues and social isolation in many of the high rises built today.

Rather than a machine for the living, the project seeks to create spaces that adapt to the users. Taking on the low rise residential typology and the street level, where most users had already adapted, as the main inspiration, the project will then re-create the typology and replicate into a skyscraper.

The high rise will be served by a 'park' that wraps around the skyscraper acting as a green circulation space with panoramic views over the city, replacing dark internal corridors. The strategically placed parks buffer noise pollution from the busy street of Mancunian Way, diffuse daylight, and reduce the load of prevailing west wind. The cantilevered park would require an external structural façade to support. Therefore, a diagrid structure is incorporated into the design by parametric design tools.

More importantly, the structural facade is an attempt to decorate and provide ornament to the building, which was stripped away in the modern movement. The architectural facade also acts as ornamentation, which expresses and celebrates the craftsmanship of today's technological advancement

Click the links below to view interior spaces in 360 vr 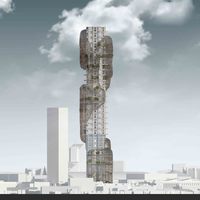