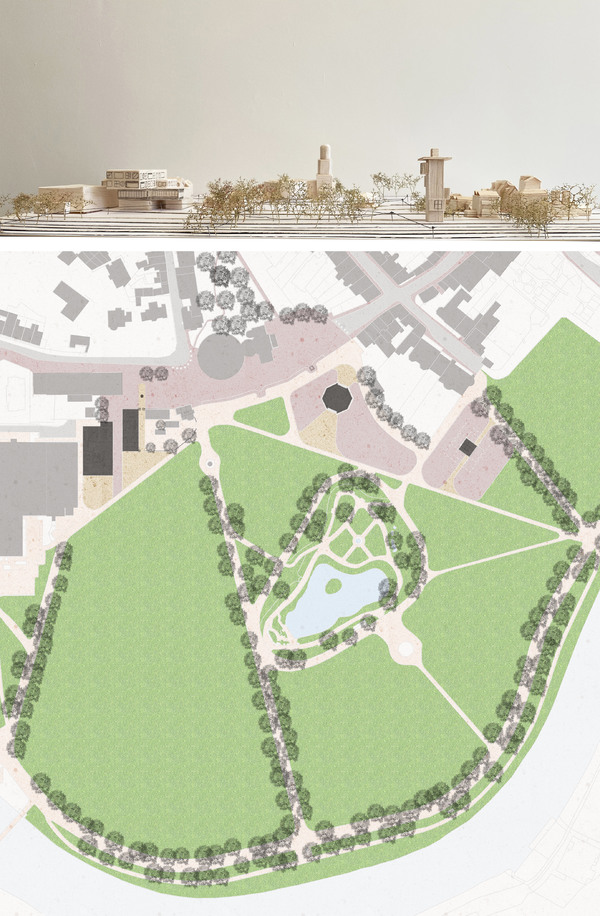 This project celebrates Shrewsbury’s landmarks by establishing a connection between the proposed designs and their surrounding context. Located in the town’s Quarry park, the new proposed library, kiosk, and viewing tower all maximize the views of the park and St. Chad’s Church, two of the city’s main points of interest. The library becomes the city’s new civic and cultural hub, accommodating the council offices, a multifunctional auditorium, cafeteria, and numerous study spaces. The kiosk, located in front of the church, provides a sheltered exterior space for public use, and the viewing tower becomes a new addition to Shrewsbury’s skyline providing a 360-degree view of the surroundings.

The library’s North-South position creates a direct link between the street and the Quarry park, re-establishing visual and pedestrian connections across the site. The sheltered space on the ground floor created by the overhanging cantilevers allows the library’s programme to spill to the outside and engage the public.  Organized on a spectrum of ‘Fun’ to ‘Serious,’ the building locates the public, multi-purpose rooms on the lower floor, enhancing the connectivity between inside and outside, and gradually transitions to quieter study areas on the upper levels. The windows of the library and viewing tower are a manifestation of the town’s architectural heritage by mimicking the patterns of the existing timber-framed Tudor buildings. The windows on the library’s upper floors become an integral part of the building’s interior space, allowing users to “sit” within them and enforcing the idea that a library is a place of engagement rather than a repository for books.

A series of models have been used throughout my design development to test how the pattern on the library’s façade could be incorporated and how it would affect the interior qualities of the space. 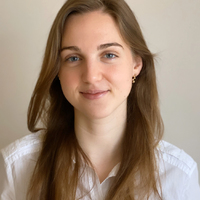