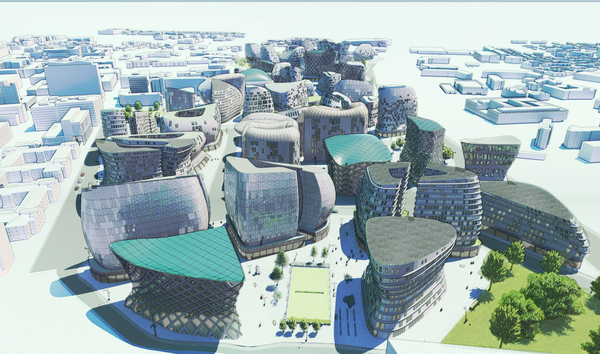 ‘Hulme Masterplan’ was the studio two design thesis, that I undertook in collaboration with Nadeem Hanna. We expanded on knowledge formed in studio one and explored New urbanisms and Manchester City Centrals core values regarding diversity as a foundation to form an iterative system which prioritised agents (inhabitants) and their programme preferences.

Such choices could then be used to organise a complex diverse and mixed-use neighbourhood by utilising ‘Graph theory’ as a technique. The road network was iterated through and optimised using Frei Ottos ‘Wooly path optimisation’. Whereas testing methods including space syntax, space matrix and mixed-use index were used to measure the level of ‘urbanity’ or ‘diversity’ formed through our generation of mixed-use typologies. Our final design proposal was developed using principles from Kevin Lynch's book named ‘Imageability’ to create compact, walkable, energetic, mixed-used communities, which in turn encourage a better quality of life.

‘IMAGinE PAVILION’ was our studio one thesis, which involved designing the Serpentine Pavilion which sought to promote a diverse environment using light (RGB) as our variable. We utilised a computational methodology using the image processing techniques. By identifying contrasting areas within an images shadow patterns, we were able to create a 3D form which would cast the original shadow patterns when natural light hit the structure. Diversity and explored by regulating different lighting conditions within the pavilion. Optimum designs were chosen by iterating through a design space using a genetic algorithm - which sought the highest amount of light and shadow calculated through the highest contrast of RGB values.

‘Ukopia & the Flyborg Security Essential’ is a ‘Think-piece’ that I created for my Professional studies module. It is a creative writing piece in which ideas were pulled from factual questions to highlight ethical guidelines that architects should be exposed to during the discourse into the Information age and the ever-exciting era of the ‘Smart City’.

In my view architecture is not just a science, but also an art, an entity which might be compared to a plants fundamental exchange of gases. A necessary exchange; a give-and-take relationship between buildings, their environment and civilisation as a whole. Therefore, being an experienced part 2 architectural assistant, I seek to join a company that shares such values.

During my 2 years out, I worked on all stages of the plan of works, whilst being involved in various project sectors including: student accommodation, residential, airport, hotels, offices, international experience (hot climates) and Warner Bro.s media centres.

Revit, Point Cloud, AutoCAD, Sketchup, Adobe Creative Suite were the software used predominantly in practice. Whereas, in M’Arch I explored building design using parametric design software, Rhino and Grasshopper.Bearing an interest in sustainability I also gained the Autodesk endorsed (BPAC) certificate and was a peer mentor to other students whilst undertaking my undergraduate studies.

Please do not hesitate to contact me if you have any questions regarding any of the exhibited work. 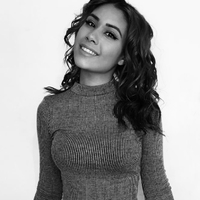