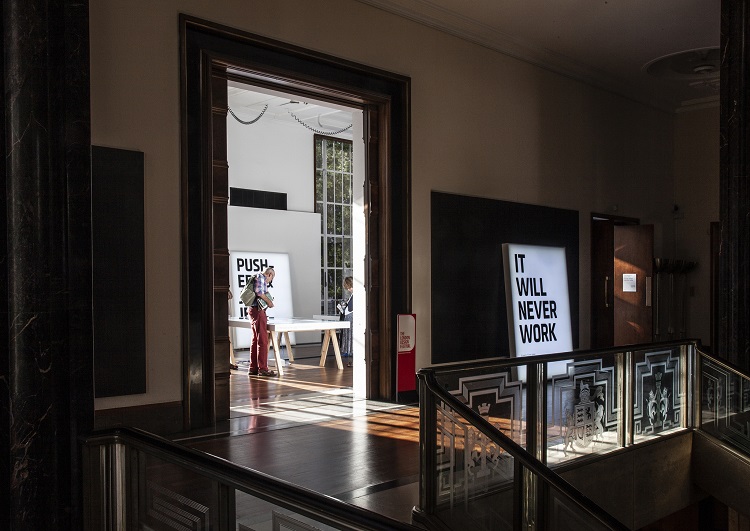 'It Will Never Work' shares the story of some of the city’s best loved buildings; from Urban Splash’s early efforts at Ducie House in Manchester – once home to iconic homegrown musicians and brands such as 808 State, Simply Red, Ear to the Ground and ANS Software – their famous upside-down houses at Chimney Pot Park in Salford, and the company’s many mill restorations that helped establish the Northern Quarter and put Castlefield on the map.

The exhibition is open on the ground floor of the Benzie Building for two weeks from Monday November 5.

There are also two free ticketed events taking place throughout the exhibition. On Monday November 5 (5:30pm-7:30pm), there will be 'An evening with Tom Bloxham MBE, Chairman of Urban Splash', who will share the history of Urban Splash's first 25 years. Tom Bloxham MBE said: “We are delighted to bring this collection of works home to Manchester, the city in which Urban Splash is based and somewhere which has played a large part in our story with major regeneration schemes like New Islington and Castlefield which have helped create new districts for an ever-growing city. We’re looking forward to our launch evening and celebrating with everyone who’s helped us make our story happen.”

Andy Burnham said: “I’m delighted to be able to open this exhibition which highlights the contribution made by Urban Splash to regenerate so many buildings in Greater Manchester. I know my fellow Metro Mayors have enjoyed opening the show – with Andy Street doing the honours in Birmingham and Steve Rotherham in Liverpool – but I’m pleased to see it come home to Manchester.

“I’m looking forward to seeing the show and meeting many of the collaborators.”

The exhibition has toured the UK in 2018 visiting Liverpool, Birmingham and most recently – London; it has been developed collaboratively by the RIBA’s National Architecture Centre, RIBA North and Urban Splash, giving fans of design and architecture the chance to learn more about the redevelopment of buildings across the country.

Headquartered in Manchester, with regional bases in Liverpool, Leeds, Bristol, Sheffield and Plymouth, the company has invested a billion pounds creating more than 5,000 new homes and jobs in over two million sq. ft of commercial space.