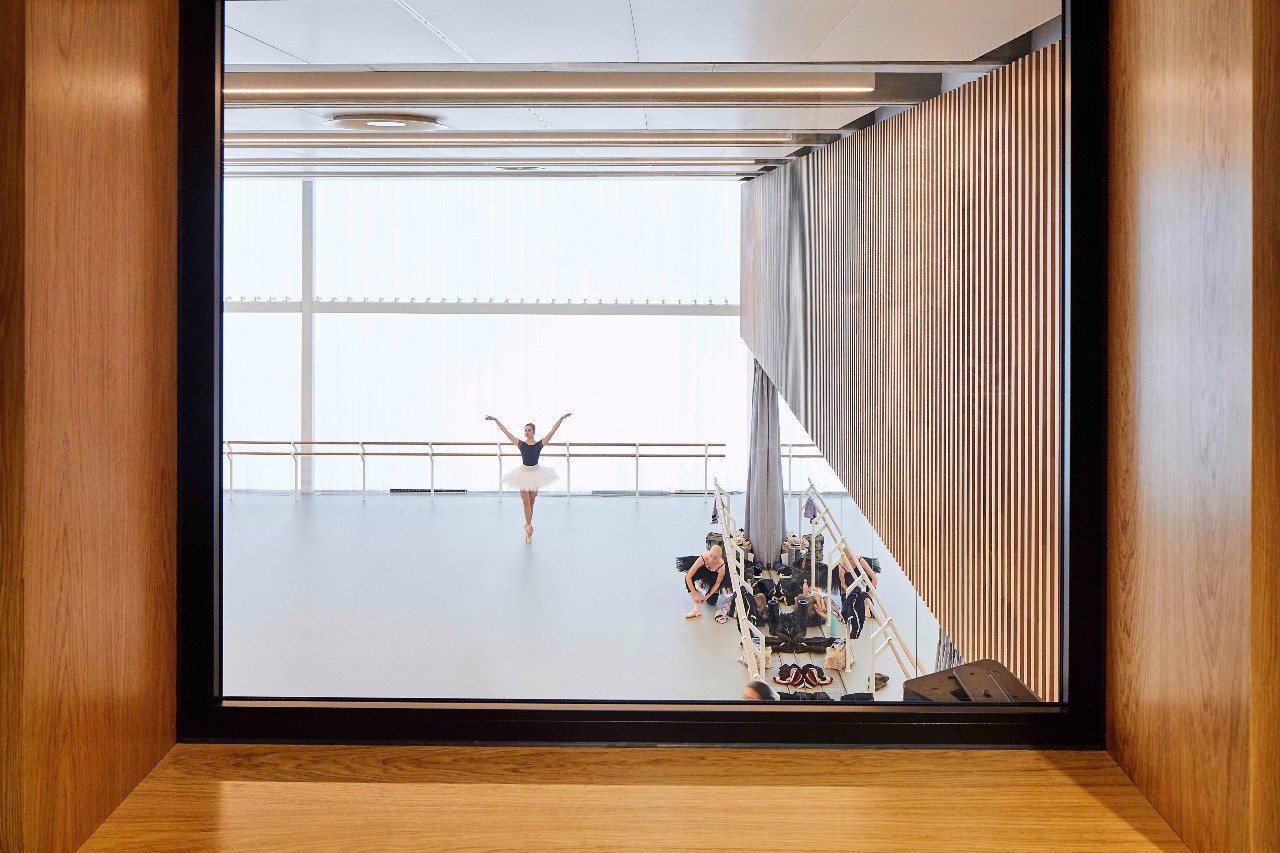 A multi-million pound new home for the English National Ballet -  a project worked on by the new head of Manchester School of Architecture - has been named Building of the Year by the Architect’s Journal.

Professor Kevin Singh’s space* studio was commissioned as its interior designers, working with Glenn Howells Architects, the company responsible for the whole building who received the prestigious award.

Judges hailed the overall building’s “pared-back, attractive simplicity, atmosphere and qualities of light inside”, while another praised it as “a fine example of how to design memorable, community conscious architecture on the very tightest of budgets.”

Professor Singh is a founding director of the space* studio, a design-led RIBA Chartered Practice which undertakes new build, refurbishment, and interior works across several sectors.

He said: “We were absolutely thrilled to be appointed by the English National Ballet for this once in a lifetime project and especially as an SME based in Birmingham.

“I have a long-standing relationship with both Glenn Howells and the practice as a whole as they employ many former students of mine and so it was an added bonus to be working alongside the team there, especially lead Architect Dan Mulligan.

“The project was a welcome opportunity to learn all about a new field as the world of ballet was new to me and spending time with the company and watching performances and dress rehearsals was a fascinating experience.

“I am very proud to have been a part of the excellent design team that created this beautiful building which has now been recognised with this prestigious award.”

Professor Singh and colleagues were involved in reviewing initial designs, and worked closely with English National Ballet staff to understand user needs and preferences – from the dancers themselves up to the management team including Artistic Director Tamara Rojo.

I am very proud to have been a part of the excellent design team that created this beautiful building which has now been recognised with this prestigious award.”

Her ambition was to create a ‘Bauhaus for dance’, which led to the organisation moving to their new site in Canning Town, London from its former base in Kensington.

Space* studio were responsible for furniture specification and tender, as well as contributing to the detail design with Glenn Howells Architects.

The award-winning project is the latest in a series of high-profile commissions for space* studio, including a new-build social housing scheme near Cheltenham, in collaboration with Hemingway Design, and a number of concept designs for Manchester City Football Club.